I believe this is actually against the rules in Little League, so don't do it there. Someone correct me on that if I'm wrong.

Everywhere else? Fine. This isn't the Astros with a high-tech (and low-tech, come to think of it) system. This is one player figuring out, on the field, what the other team is going to do, and trying to relay the information.

For those who think it's bush league, is it bush league if the other team's coach yells out the same number combination for a bunt every time, I learn it, and then I tell my players to listen for it and adjust their defense accordingly? Is it bush league if I figure out that a pitcher always throw her change-up on an 0-2 count and to let my hitters know to sit on it?

I look at it like this: If a team can reasonably do something to prevent you from "stealing" their information (set up later, change your signs, don't be predictable), it's fair game. If you're using a center field camera to record signals and then you use that to decipher what they mean and then bang on a trash can to alert your hitter? How is a team supposed to defend against that? If I figured out that "1-2-1" is their steal signal, I can use that. If I swipe a team's extra wristband before the game so I have all their signals, that's cheating.

Add....
While with a runner on 2nd may see a set up in/out....
And point out catcher set up.
Catcher should be setting up when pitcher starts motion.
Thats a real late notice for the batter.
Add.... For the batter....
Is pitch going
Up
Down
Off speed
In/Out= curve/screw
( for L or R handed batter )


*Batter still has to read pitch.

*Mix up signals called every inning if concerned.
Use different sequences.

Pitch pattern redundancy can be picked up. Taking about following pitch patterns without looking or listening to signs.
Pay attention to what pitcher is throwing.
Answer questions like....
Is the rise a strike?
Yes active batter
No- dont swing high pitches.
Is curve a go to for pitcher?
Changes ups being called?

Some mix it up
But many dont.
Watch for patterns.

Batter still has to do their job
Pitcher has to hit location.
Last edited: Jan 22, 2020
C

texasheat said:
Catcher taps right or left thigh to indicate location. They were stealing that sign.
Click to expand... 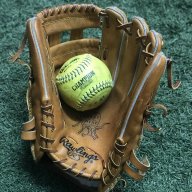 Mocoso said:
... if I was a college coach seeing players steal signs I wouldn’t want them in my crew.. character does count

Something tells me you wouldn't have very many players then.

Little League is the only organization with a rule against sign stealing. It applies in their post-season tournament, but necessarily during the regular season.

As I like to point out though, there also is no rule against shooting players with a paintball gun. Just because you can, doesn’t mean you can. There is a whole lot of behavior that falls under “sporting conduct”.
M

Orange Socks said:
LOL! What do you think the girls on the bench are doing???? And why do you think the players are tracking pitches??? Coaches rely on these players that are not playing to help pick up "tells" and to "figure out" signs to gain an advantage. It goes on in every level of play. The coach look at signs, the pitcher's grip, defensive alignment, the batter's warm up swings, her previous tendencies....etc. Why? To gain an advantage. If your signs are easy to figure out, then you better adjust.
Click to expand...

TH- The art of sign stealing has been taking place since the inception of baseball.
I have no problem with it as long as electronic devises/cameras aren’t being used to gain an advantage.
Many categories in baseball/softball are tracked to decipher tendencies.
Personally, I track pitches and scout teams to see what their strengths & weaknesses are. Never tried stealing signs. Never felt it was necessary.
I’m more concerned with what my team is doing and keeping them on task. 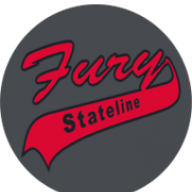 Picking pitches, stealing signs, communicating back to the hitter all a part of the game within a game. Practice what you will do when you recognize it. Learn to recognize when it's happening (i.e., they seem to always steel when you're throwing a change).
L

All this recent hoopla about sign stealing is crazy. If players on the field or bench, can pick and decipher your signs...more power to them and shame on you for being upset.

Personal example, last summer 18u game, DD is up to bat and opposing team is using 3 digit number for pitch calling. her first at bat she hears coach yell "613", and next pitch is a change up. No biggie, takes the pitch, gets a single later in the at bat. 3rd inning rolls around, she's up to bat and coach calls "613", she calmly ropes a double to right center off of the change up. And when she got to the dugout she told every teammate exactly what she had learned about '613'.


Now exactly who is to blame for this obvious sign thefts? The player who's smart enough to figure it out? Or the opposing team that didn't change their signs. BTW - we got blasted in the loss of the game.

As far as relaying pitch location by runner on 2B, several options here. catcher set up late being 1. Or an easier one - don't let them on the bases to see the signs.
J

This is why i like wrist bands and numbers. Harder to figure out for the opposing team. Just need to make sure catcher doesn't set up before pitching motion starts.
P

Am I old school here? Don’t let the runner get to second base. If they got the runner to 2nd they have an advantage and I’d be damned if I didn’t tell my girls to use it! It’s not my fault she is on second and looks straight at your catcher.
You must log in or register to reply here.
Share:
Facebook Twitter Reddit Pinterest Tumblr WhatsApp Email Link