pattar said:
DD's team (first year 12U) just had their first major attrition from the roster in the 2+ years she has been there. Lost starting F2, F5 and one of their 2 pitchers. In two of the cases (F5 and pitcher) the girls had played up and decided to go play at their age level. Don't necessarily agree with it because the girls were holding their own but I can understand it (there are various legitimate reasons for leaving this particular team and I think one of them is leaving because of one of these...). In third case, while the girl is good, her father thinks she is better than she is and told the coaches that the team was holding her back..whatever that means.

The thing is I am not sure in any of the cases, if it was left up to the kids, they would have left.
Click to expand...

Yup. I really, really try hard to let my DD decide on the team. Yes, she could go play for a better team. Would she enjoy it as much? Probably not. 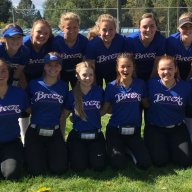 You didn't mention age group... but for the player not coming to at least say goodbye, that sucks. We don't have many players that leave our team, but those that do, we wish them luck (only thing you can do) and anytime I see them at the field, I make sure to talk to them and see how they are doing, most of the time they give me a big hug which is what it's all about anyway trying to help these kids. 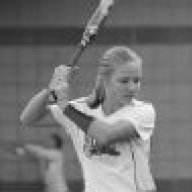 uncdrew said:
I do appreciate the chemistry but I'd prefer chemistry + skill. Great chemistry makes for fun, which I love for the girls. In and of it self it doesn't make for good softball.
Click to expand...

Fortunately, they have both.

CoachKevin said:
You didn't mention age group... but for the player not coming to at least say goodbye, that sucks. We don't have many players that leave our team, but those that do, we wish them luck (only thing you can do) and anytime I see them at the field, I make sure to talk to them and see how they are doing, most of the time they give me a big hug which is what it's all about anyway trying to help these kids.
Click to expand...

SESwildfire said:
first year 14U been with us since first year 10U.
Click to expand...

Yeah at 14 the player needs to start taking responsibility for herself, at least she should came with the parent... but she should have told you herself. 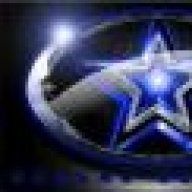 It's unfortunate, but it does seem to be part of the travel ball experience. As others have stated, it seems to happen more and more. I also agree with others that the player should have been involved in the conversation. Having the dad deliver the message just makes it seem like it was more of a parent decision than it was a player decision. 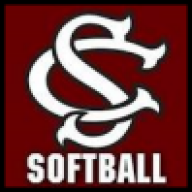 Whatever you do never give into the temptation to let her return. It never works out well.

riseball said:
Whatever you do never give into the temptation to let her return. It never works out well.
Click to expand...

Actually, I think it depends on the reason they left. In this case I would agree with you, Riseball, by they way. If the OP has helped develop her and given her ample opportunities and she leaves for a "better" team then comes back, you'll always be wondering when she will leave again. And she probably will.

But not all "boomerangs" are bad. I once had a couple of players leave because their high school coach (different school than where our team was based out of) was starting a travel team and they were incoming freshman. The strong implication was if you plan on playing at the high school you'd better play for this team in the summer. I understood and wished them well. (One player's dad was my top assistant and a great coach, so we lost double).

At the end of that season we were a couple of players short for nationals so I contacted them and asked if they'd like to play (especially since they already had uniforms). They were very excited. They'd hated playing for the high school coach and were only too happy to come back. They rejoined the team and stayed with it happily all the way until they aged out. They also helped recruit others from their high school. So it worked out for everyone.

SESwildfire said:
The team she is headed to is a great team, State champions, but they already had a 6 pitcher deep rotation her making the 7th. I didnt tell her family this but the chance of her seeing mound time is lower than it ever was on my team. I sure hope they do as much for her family as we did.

Fortunately I picked up a new player starting in fall that was every bit as talented middle infielder, better arm, and a cannon pitching so roster wise we were good just hate to watch a player leave when you have so much time invested.
Click to expand...

You all know I like being the contrarian ... (Sorry this is long — hopefully it is good advice.)

I get where you are coming from, but you are being extremely selfish. I’m not bashing on you, I completely understand the emotion. This girl has been with you a long time and is basically family. You have spent many years with her as she develops into the player she is.

Now it is time for her to leave the nest. You should be proud of what you have helped her become and what she has accomplished. Instead, you are making this about you. I say this because I have seen it with many coaches over the years. Generally when they become “my players” you start to develop blind spots.

She is moving on to join a team that won a state championship. She feels she either has accomplished all she can with you OR ... sometimes people just need to see more of the world. You said she has been with you since the beginning. She needs to gain some new experiences to continue to develop.

Now, I really do think they (player and parent) could have handled it better. It is obvious they weren’t leaving out of anger, spite, or disappointment ... the way they left was the way of somebody who is more afraid that it will let you down and they are almost embarrassed or ashamed. They shouldn’t be, sometimes moving on is the right thing even if things are fine.

I agree with the general notion of not letting players come back, but I think that would be a mistake in this case if the opportunity presented itself. I don’t believe she is leaving because of you. She is venturing out because it is what she needs. I would stay in constant contact and let her know there are no hard feelings and she is welcome back IF the situation is right (for your team and for her) at that time.
B

At 12U everything that seemed to matter so much doesn't matter at 14's. At 14U what felt like life or death (playing time, position, lineup spot) doesn't matter at all at 16's. And so on. No one has patience any more, everyone is stressed about paying for school and the closer they get to being able to commit the more pressure they feel. At the end of the day all of the kids who are good enough to play D1 will play there and D2 and so on. But talking to a parent while the pressure is on is hard to do. The minute the kid commits the weight is lifted and game can once again be fun. But like all important lessons they must be learned by the person. No one telling a mom or dad that their kid is good enough to play in college will matter unless and until a college comes knocking.
Stay diligent to the little things, work hard and trust the process!
You must log in or register to reply here.
Share:
Facebook Twitter Reddit Pinterest Tumblr WhatsApp Email Link