lhowser said:
I have noticed this as well. On this particular swing, it's almost an anomaly for her that she gets extension (and an adjustment to outside pitch) because a challenge for her has been the rear arm being trapped along the side. I think her progress in the use of her core and where her center of mass stays is helping regarding the arm trap - BUT -
It is, and has been clear that she has a bit of a cast. I am trying to figure out why? She understands TTB and the proper pivot point. It seems to occur in the initial launch. What is your thought? Would a focus on early palm up/palm down help? Am inside the ball emphasis? Thoughts?
Click to expand...

You use an inward turn to load correct? This is a new adjustment correct?
C

lhowser said:
LET'S HAVE A LITTLE FUN. There are many great tips and suggestions that have been giving based on the videos I have posted of my DD's swing. My job is to give her ideas that are actionable while she is away at school. I decided to shoot her a short video explaining one issue many of us are seeing and that is getting her weight out onto the front side. I think it affects swing path for sure so I decided to tackle that with the following video. Of couse when I reviewed it I realized my hitting posture at times was ridiculous but hey, I was focusing on a specific point. Have fun watching...after all we are learning together!

Like the video, Awesome Job for doing it. My question is, Why does the weight have to be either in the back leg, or back leg then shift by pushing to the front leg? Why not stride with the back leg to a more 50/50? Unless I am misunderstanding what you are trying to accomplish.
Last edited: Oct 7, 2019
W

The inward turn or shoulder ‘down and in’ should be a ‘reaction’ to the load. Not the action of the load per se.


Notice when the shoulder goes down and in. Notice she is already into her forward move. It’s more of the result than anything else...Gotta get some work done. I’ll comment more later.
B

Nice video. Be sure she understands that while the center of mass stays back by keeping her head behind her back thigh, she should push hard against her front leg and get off of the back leg entirely to create more power. Her previous swings she was pushing off of her back leg through extension of the leg and so she was getting on top of her front leg instead of sitting into the front leg. Her mass was going up and over instead of down and into, and against the front leg . Equal and opposite reaction. Push hard rearward and the bat reacts by moving forward.
On the down and away pitch, understand that she needs to get her center mass down and behind the ball. Not over and on top of the ball. This actually applies to all pitches but it's a harder move on the down and away ones.
As for the early casting..... she needs to understand that turn the barrel is the rotational movement of the bat around the forearm, pronation to supination. Most use radial/ulnar deviation (flexion, the karate chop) and that can cause casting. See the difference in the pics as to the range of movement available to each motion.
BTW when throwing a ball, pronation is the fastest movement the human body is capable of....no wrist flips.
Get the back elbow up to shoulder height until foot plant. The bat tips toward the pitcher. Then the rear elbow cranks down against the back hip as she elevates the front elbow to the level of the mouth. 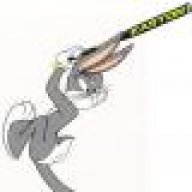 Work=wins said:
You use an inward turn to load correct? This is a new adjustment correct?
Click to expand...

That is the work in progress yes, as well as a sense of not sliding to the front side (leg)
W

lhowser said:
That is the work in progress yes, as well as a sense of not sliding to the front side (leg)
Click to expand...

Try getting her to gather more into the sagittal plane as opposed to to ‘inward’. Some call it a hip hinge. I personally want the feel in the back heel not the hip. To each his own. If done correctly, inward or counter rotation will be the result and will be done in sequence.

This should help the early release and ‘trapped hands’.

It's been a while since I shared an update. Here is the swing as of 10-12-20. We like a lot of what is going on. Getting better staying in the back and keeping the coil until she gets to the front. Still improving. Still enjoy Dad/Daughter time on the field as much as when she was 8!

lhowser said:
It's been a while since I shared an update. Here is the swing as of 10-12-20. We like a lot of what is going on. Getting better staying in the back and keeping the coil until she gets to the front. Still improving. Still enjoy Dad/Daughter time on the field as much as when she was 8!

That’s the way it should be, fun.
W

Pretty nice swings. Correct me if I’m wrong, but she was taught TTB right? A few observations.. contact point is a bit to deep on some pitches and the barrel works away from the head on the initial move to the ball. A bit longer path than need be. Still a nice swing by an athletic kid. Good job. 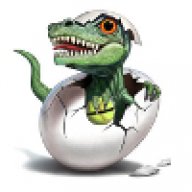 is there an ingrained, conscious cue in effect to "finish high"?

But maybe this cue helps optimize something else upstream in the swing?