Core when can we start the preorder? 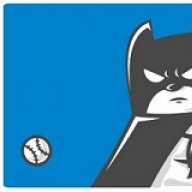 I will have plenty coming in...no need to preorder unless you are getting an off size.

Remember, drop11s aren't due out til later

And again, just to squash rumors...I have spoken to some people in the know, and this is not a repaint usssa Ghost like some have started to spread or that this was done
just because Easton didn't want to make 2 bats...haha.

One of the people I have spoken to is pretty high up in usssa and was at their convention when they brought up that usssa has adopted the ASA/USA standard on fp bats.
So my educated guess is, this is a new version of the 2018 ASA Ghost

So, got in touch with a guy from Easton in tech, and he has also confirmed that this is the 2020 version of the ASA Ghost with same performance as the ASA ghost with only little
changes in feel.

Now this is like the 3rd guy to confirm, so I consider this pretty much done
P

CoreSoftball20 said:
So, got in touch with a guy from Easton in tech, and he has also confirmed that this is the 2020 version of the ASA Ghost with same performance as the ASA ghost with only little
changes in feel.

Now this is like the 3rd guy to confirm, so I consider this pretty much done
Click to expand...

But let's be honest and call the gold ghost what it was, essentially a blue painted ghost with the USSSA stamp as my daughter carries both bats in her bag and within 100 hits off the gold ghost it was performing the same as her blue ghost.

Pigskinguru34 said:
But let's be honest and call the gold ghost what it was, essentially a blue painted ghost with the USSSA stamp as my daughter carries both bats in her bag and within 100 hits off the gold ghost it was performing the same as her blue ghost.
Click to expand...

They were not the same bat sir, I am being honest. But you can have any opinion you would like, which is how some of the early rumors of the 2020 started

You were missing my point. Yes the gold took a few swings to be "hot" where as the blue one was hot out the wrapper, they essentially now are the same exact bat performance wise now. So while the initial testing determined a stamp in the end the kid is using the same exact thing in terms of performance.

So to me it was merely a ploy to see if parents would spend to buy 2 bats instead of 1. Luckily after a brief moment in time the manufacturers are coming back to the masses as some followed but the majority did not.

This had nothing to do with Easton...and I got your point. This was a association matter, not manufacturer. USSSA had their own standards diff from ASA, not
Easton. Nobody came back to the masses, usssa said we are going to accept the USA standard now. The reason they probably did it, they wanted
the bat manufacturer's money for submitting the bats to get their stamp. Which enabled Easton to do one bat and enabled another one stamp bat to be dual stamp now.
So now USSSA got money for this Ghost being stamped usssa. Better to get money every year for a new bat to have your stamp, then every 2 years.

I know nothing will ever change the grassy noll theorists

Believe me, Easton would much rather have done dual stamps the past two years and come out with a new one each year instead of doing a bat
each year that was only going to sell in certain associations. The development of the usssa bat last year knowing it wasn't going to sell like the asa
one did, wasn't what they would have preferred to do. They would have much rather preferred to do a dual stamp blue ghost in 2018 and just
tweak that every year having all the stamps and be able to sell to everybody.

So, do you say every bat that performs close, are all the same bat? Your LXT performs close to your Xeno...so they are the same? (scenario, not saying you have these bats)
The two eastons are NOT the same bat. Do they "perform" close for your dd...who knows. I have others that say they do not perform the same for them. Which is why
after the stupid rumor this was a repainted usssa Ghost, you had people buying up extra blue ones. If they were the same, they wouldn't do it.
Last edited: Mar 14, 2019
A

Appreciate the information on the new bat and your efforts to get the real scoop. Actually today I was taking exit velocity speeds and my DD was using her gold ghost. Asked her to take some swings with the blue and they were the same. That was not the case when the gold bat was new. I believe there are differences in the two bats. The blue seems ready to go from first swing but the gold does need some hits to break in. Look forward to seeing the new bat performance out of the wrapper.

I can agree with that Ag, I know for a fact the gold needed a handful of swings to get going as the Blue was hot right away.
Usssa didn't like the compression and gap, so the usssa version was built a little diff which is why sound is diff as well.