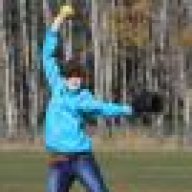 Man these Canadian forums are dead. I will try and get things going. My daughter plays peewee ball this year (U14). We had a great provincial B tournament in Moosejaw this past weekend. Unity won first with Weyburn taking second and Estevan third. I'll try and get some action shots loaded up. 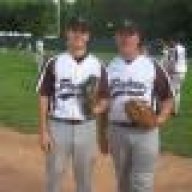 2016 MEDIA STATEMENT
June 7, 2016
This coming Father’s day weekend the Saskatoon Padres Senior C Men’s Fastball Club will be hosting their 39th Annual Men’s Fastball Tournament from June 17-19th.
This year’s tournament will be a good test to see where their team stands as they prepare for the Senior C Provinicals which are to be held in Prince Albert.
We again have a 12 team draw with 3 teams from our neighbouring province of Alberta, as well as a teams from Conquest, Drycreek, Kelvington and the remainder from the SASA men’sleague.
Action begins Friday night with 3 games beginning at 6pm at Bob Van Impe and 1 game at 6:30 at Gordie Howe Park
Due to construction at Gordie Howe Park diamond, the major part of the games will be held at Bob Van Impe
.
A full slate of games are scheduled for Saturday and Sunday beginning at 8am.
DAILY ADMISSION will be:
Friday night - $5.00 and children under 14 free
Sat. & Sun - $6.00 per day and children under 14 free.
Tournament pass will be $15.00
So come on out and watch some great fastball action.

JMO, you are not going to get to much traction with your posts.


Marc, a Canadian, does a good job.