Fell Victim to the Chinese Change Up 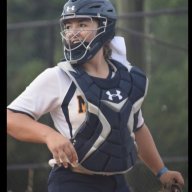 Vertigo said:
Regardless of that pitch being legal or not, that kid looks like she can throw some heat for her age - at least from the video it does.
Click to expand...

Absolutely she can. 60+ for sure and excellent control/movement. I think we got two hits off of her and that's it. My DD struck out swinging twice. She was right under the ball every time and couldn't make the adjustment.
V

So she would be a freshman this year, correct? Very impressive!

ETA: Sorry - just answered my own question by looking at the article in the link you posted.

Vertigo said:
So she would be a freshman this year, correct? Very impressive!

ETA: Sorry - just answered my own question by looking at the article in the link you posted.
Click to expand...

Yeah, I think we'll probably be watching this kid pitch on TV in 4 years. She was the real deal. One of our teammates is on that HS team with her and they all admit that the team would not have gone nearly as far without her this year. I bet that HS coach thought she'd hit the jackpot! 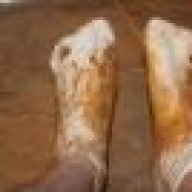 Has anyone seen a Chinese Homerun? It was hit over the Wong fence(foul ball)!

It was kind of funny when the St. Louis Cardinals sent Kolton Wong down to the Memphis Redbirds for a stint ... and then gave away Kolton Wong jerseys at the Cardinals’ game the next night. D’oh!

The night after he was called back up, the Memphis Redbirds also did a Kolton Wong jersey giveaway. D’oh!
D

The Man In Blue said:
You are correct that a slingshot pitch is legal. However, nope., that was not a slingshot. Not legal. She isn't "hiding the arm" as @erniekru said. She was taught (incorrectly) that her hand couldn't pass her hip a second time. She is banging that arm into her backside to keep it from passing her hip. That was taught.

Where her teacher was is incorrect is the verbiage about the number of revolutions/passing the hip/etc. is about the pre-release motion, not the post-release. Go back and read the rules that @marriard and I posted. Illegal. Each code words it differently, but essentially once the ball is released, arm rotation has to come to an end.

From watching the video, I'm betting the plate umpire didn't even catch it. Then again, it appears nobody did. Nobody reacted. The fact that she didn't throw it throughout the game also indicates she knows it is illegal (IMO).
Click to expand...

That last sentence is what bothers me about this whole thing. Her PC and probably her parents know that what she's doing is an illegal pitch and also knows that if she does it sparingly it won't get called because it happens so fast. I guess it's ok to color outside of the lines as long as we don't get caught and if we do, it's just an IP...no biggie. Sounds like someone went to the same school of ethics as the Houston Astros.

Even bigger conspiracy ... do this and become an internet sensation.
U

Like others said above, this pitch is all over Facebook right now. Every softball related group I'm in has posts of different girls doing this pitch.

Heck, I do it to my girls when we're goofing around.

So I'm of the belief that all umpires will soon get a clear stance on this and call it correctly.

I've head it called a California change before. Had a pitcher throw one to a hitter of mine several years back. It was a beauty and she was legal with no arm circle continuation after the release. The umpire called an illegal pitch. He used the word "Deception." when he made the call. I knew the pitch was legal. The coach of the other team did not know how to argue the call correctly. She kept saying the pitcher has never been called illegal when throwing it before. She didn't know the pitching rules well enough to ask the umpire exactly what part of the delivery was illegal. I kept quiet marking the free run in the scorebook instead of the 3rd out of the inning. 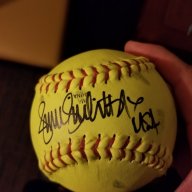 I feel sorry for the umpires. I watched it 10 times on replay before I could see what was going on. They have one chance, in real time, to see the play and make the call. That pitch is filthy.
You must log in or register to reply here.
Share:
Facebook Twitter Reddit Pinterest Tumblr WhatsApp Email Link