Relay throw was in the dirt
just as runner came
into the plate.
Last edited: Jan 10, 2020
B

Not as much action as the above pic but I like it nonetheless. A photographer friend of mine caught this one. It was taken during our World Series this past summer. This was after the third out of an inning. Cool, calm, collected, yet carrying the weight of the team on her shoulders. A lot of quiet contemplation takes place during that stroll back to the dugout.

Relay throw was in the dirt
just as runner came
into the plate.

So even as "recent" as '86, catchers were still using a regular fielder's glove?
J

Gags said:
So even as "recent" as '86, catchers were still using a regular fielder's glove?
Click to expand...

My HS won a state championship in 89. I believe our catcher had a mitt, but I don’t know if it was softball specific. Good question! I wonder who made the first? 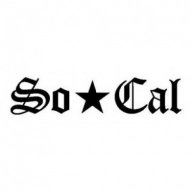 Pic before 8U game at start of fall season.
M

Relay throw was in the dirt
just as runner came
into the plate.

So Cal Seth said:
Pic before 8U game at start of fall season.
Click to expand...

If rules to protect catchers/players are being adhered to like all sports these days collisions at the plate should be a thing of the past.
Not saying I agree or disagree but just the ways things are headed.
Everybody just seems to interpret the rule to best suit then like most things.
All the catchers Dad’s I’m sure will disagree but there is any easy way to keep players safe.
Don’t block the plate without the ball and don’t try and steamroll the catcher when she has the ball waiting for you. Go around!!!
I say this because one of my DD’s was catching a couple of yrs back and out in front of the plate waiting for a throw right where she should be and the runner veered to her left with the plate wide open and trucked her.
The ump called nothing and the game was halted for 45mins waiting for a ambulance. The result was a concussion, bruised lung, and missed next two games.
Scary moment couldn’t catch her breath and has problems breathing until help arrived.
Point being dirty play went uncalled resulting in injury. Totally unnecessary I don’t want to see any players get hurt needlessly or otherwise.
So really a common sense thing if/when rules don’t specify clearly enough.
Don’t block the plate without the ball, leave runner a clear path to the plate when no ball, if catcher has ball early block plate all day long, if runner leaves that clear path to intentionally inflict harm/instigate collision she is our end of story.
You must log in or register to reply here.
Share:
Facebook Twitter Reddit Pinterest Tumblr WhatsApp Email Link