How to avoid a baaaaaad season

I recently received this message and asked th person who sent it if I could post it here to get additional input for her.

"Lack of consistency, lack of commitment are what's killing us. It's one thing if
you know your team has poor skills, then you can find little victories in simply
improving. But, it's hard when your team has good players with good skills, yet
can't put it together.
*
We seem to have that "one bad inning" every game! We stay close and end up losing by a*few runs because of defensive breakdowns.
*
I guess when that's the case, it's the coaches fault...so, what can be done
to make it better? Better practices, I guess. But, when 3 kids show up to
practice... I want it more than they do. Frustrating!
*
By the way, this is a summer travel team, B division, 12U. Mostly first year 12U players, several still eligible for 10U."

While I'm not sure that you can MAKE players "want it" as much as you do, I do believe there are things you can do as a coach to help "set the tone" for the season and help ensure that everyone's expectations for the season are more or less on the same page.

What do you think and what would you suggest to this coach?
S

Late or absent from practice without a valid excuse...you get little to no playing time at the next tournament.

Late to a tournament...you don't start.

If you don't get enough during practice, cancel the next tournament. If it persists, kick them off the team. You need to set the tone early by including it in your team rules and stick to it. Don't put up with those who are habitually late or absent and let the parents know that this is a big commitment. Let them know if they want to show up at games only and still get playing time, Little League may be their best option. 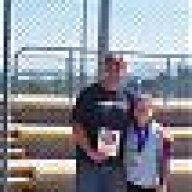 The best thing a coach can be is a teacher. This coach needs to learn how to motivate and teach their players. It seems to me that a lot of the problems stem from weak mental skills. "Lack of consistency, lack of commitment are what's killing us".

I know on your website you've got a link to some excellent resources in this area. I'd also recommend a book called "Coaching The Mental Game" by H.A. Dorfman. He used to work in the Oakland A's organization and the Tampa Bay Rays as well helping develop young players and coaches.

A coach has to figure out what motivates their players. Both from the inside and from the outside. Get to know them and learn what they want and what they need. An internally motivated player will give you everything they have if they believe you care about them. A player who has to be motivated externally will only give you what they think you'll settle for.

A coach has to set the example for what they expect from their players. They have to communicate to the players what is expected and the consequences of failing to meet those expectations. They also have to be consistent. One set of rules for everybody.

It's tough and it takes time to figure out what makes other people tick. You have to listen, observe, and communicate.

I think both of you brought up some very important points...setting the tone early and getting to know your players.

Anyone else have something to contribute? 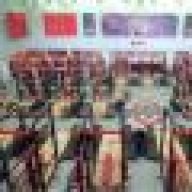 At 12U none of the girls are driving themselves to practice. Sounds like the parents need a little mental motivation as well.

For better or worse good parents are linchpins to success, especially at the younger ages. I have only been an assistant coach at the competitive travel level. Those girls are self motivated, they want to win and so do the parents.

But with in house rec teams I always got the parents involved. I would hold a team meeting and ask/assign details for every parent. Team moms/dads, dugout moms/dads, shagging fly balls, feeding the pitching machine it went on and on. Some seasons teams were good other seasons not so much, but the one thing I always had was parent buy in. They wanted to be a part of the team so their attitude permeated to their DDs. Probably the best side effect of this exercise was slack. When I screwed up the parents cut me a break. Its nice when they are on your side. I really miss those days!

This is a tough area. Sure, you can take a hard line, benching kids and cancelling tournaments. But if they're not that dedicated it won't matter that much to them. All you'll be doing, really, is screwing over the few kids who ARE dedicated.

Ideally, you will hold tryouts and find players who have more dedication. But it's hard at that age. They have many different interests all competing for their time. Some play multiple sports, often at the travel level. Parents today overschedule their kids something fierce, seemingly prefering quantity of activities over quality of play.

One things coaches can do is do their best to make practices enjoyable, something the players look forward to. That usually helps attendance. Ultimately, though, I still think your best bet is to start with players who really want to play the game. You won't have to figure out how to get them to practice -- they'll be there on their own.

Ken is so right. I never have problems with kids attending practice. Everyone (including me) has too much fun.
S

sluggers said:
Ken is so right. I never have problems with kids attending practice. Everyone (including me) has too much fun.
Click to expand...

At 12U and younger I like to end practice with a fun, competitive, team building exercise/drill/run. So many coaches do the "standard" baserunning practice at the end. That's such a boring way to end practice. LOL

Whenever I used a fun competition to end practice I usually have a tough time getting the kids OFF the field! They want to go again, "one more time." I have to tell them that it's getting late, their parents are waiting, etc and we all have to go home, eat dinner, do homework etc. It's a good problem to have (the kids not wanting to end practice).
G

I have just "retired" from coaching softball, my daughter and a host of others she came up with having aged off the teams at 17+ (on to other leagues.) I coached for 10 years and saw the kids go from little ones to serious, competitive players. The best way to keep the girls involved is to instill a sense of community before, during and after a game or practice. There are many ways to do this. Set up a Facebook team page. Encourage players and parents to submit photos and post any and all relevant info on the site. Enlist another parent to do this is if it's too much for you. Encourage players to pick up other players and families for practices and games. Assign "buddies" or ask the kids to choose buddies Different than their best friends) whose jobs are to motivate and be companions. Assign workout partners different than the buddy groups. Pair better players with poorer ones. Teach them to keep simplified score-books. Have them keep their own stat sheets: batting, defense, SBs. Do not encourage pitchers to keep their own pitching stats! Conduct after game circle discussions of team's performance. Good healthy snack time. Pre-game snack time that's festive. Have a grandparent day or days. Have a contest to see who can bring the most spectators. Make the reward meaningful. In response to booting kids off the team - I would never confront the child with that. There are ways to encourage them to attend - have kids and parents sign a "contract" to attend 90% of the games with the understanding playing time will be severely restricted if promises aren't met. This should be pre-season, so as not to be negative or destructive during the season. Give rewards for each game attended, each practice, and for overall season attendance. (If you have a restaurant as sponsor, ask them for some meaningful giveaways, for instance.) Have each practice include a contest - it can be physical - who runs the fours bases fastest; or it can be historical - naming famous softball players, etc. Anything really. Finally, always be upbeat, friendly and positive regardless of how silly or lazy or error-prone the team is. Until 14 or even 15, they are really children and expectations have to be kept reasonable at all times. Repeating a coaching tip 15 times is a pain in the neck but it's miles better than doing anything Draconian. By the way... our team went to the NYC finals 8 of 9 years and won 4 times. It never gets old.
You must log in or register to reply here.
Share:
Facebook Twitter Reddit Pinterest Tumblr WhatsApp Email Link