I have never been a fan of using the sprinter's stance to teach or improve drive off the rubber. I picked up a new student and her mechanics have been crippled by it. She's a first year pitcher, 11 years old. She bends too low, at the waist, and takes what amounts to a long step. She lands heavily on the front foot with her shoulders over her hips and collapses into her front leg. Surprisingly enough she has a fair amount of IR. Her dad told me that her previous coach used the sprinter's stance and stressed getting as far as she could off the rubber. By starting so low, with a bent back, she never gets stacked and has basically no front side resistance.

When addressing drive mechanics my first step is to use stair climbing to try and get them to feel the glutes firing rather than the quads. Once they get that I move on to the 2 step drill, then stand tall, fall and go. 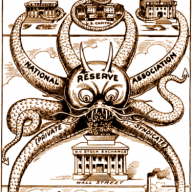 Agreed. What do you mean by stair climbing for glute firing? I love stand tall fall go throw drill!
A

Initailly, to cultivate a feel for the glute firing, I will have them go to a set of stairs and place their push off foot on the first step. I make sure they use the ball of the foot and keep their back straight (vs 'hunching'). I will have them climb the first step in slow motion and pay attention to what it feels like. Try this yourself and you will see that as you start to climb you lean forward and can feel the glute start to fire and take the weight as you push up. This is the same feel you should have in the 'go' stage of STFG. Stair climbing isolates the feel.
You must log in or register to reply here.
Share:
Facebook Twitter Reddit Pinterest Tumblr WhatsApp Email Link