Softball IQ .. how to increase it?

My DD has gotten to a point where her physical ability in the game has surpassed her mental ability. This past tournament there were several defensive and one base running mistake that imo cost us the game. It's just 10u and it's just 1 tournament, but I'm wondering what I can do as her dad to help understand what to do in specific situations. For example, runner on 1st, and 3rd, ball is hit to you at the circle, what do you do?
Now admittedly I'm not a baseball/softball guru when it comes to this type of stuff either. Are there some good resources online that I can work with her on this?
Often times I just pop quiz her out of the blue, give her a scenario and expect her to know where to go with the ball.. but during a game it's a completely different ball game.. Any advise would be greatly appreciated.
B

watch a lot of college softball on TV. go watch the local HS games. play a lot more. she will learn more by screwing up in a game, and having it rationally explained to her what she did wrong, why, and the correct play, than from any amount of anticipatory instruction. there are simply too many situations to teach them all to 10u girls. they need to make mistakes to learn. make certain to praise all out effort, not just positivie outcomes. make her comfortable with "failing spectacularly", my mantra.

if she is just 10u, make certain you are not getting hung up on a lot of the stuff that goes away as they get older (ie 1st and 3rd continuation or steal, etc., a lot of 10u coaches coach to win at 10u, instead of developing the girls).
B

My DD gets burnt out real quick on me breaking down game situations with her, so I had my her play Little league World Series on our old Wii. Bought it used for $3.99 from Gamestop. It doesn't help for every situation, but a couple of things really clicked for her. I feel like it gave her a better overall view of the flow of the game.


That was probably the pinnacle of my achievements as Coach Dad.
C

Kudos to you for wanting to help her grow.

Couple observations...it's 10U....don't get hung up too much on situations. Especially breaking down the what/when scenarios. Are you also the coach or just parent? If just parent...then the coaches should be COACHING during the game, in the dugout. And by that I mean TEACHING the game during the game...that's how players can develop.

Next is practice. Practicing situations in practice. In your example, 1st/3rd ball hit back to pitcher. Base runners get to practice the play and positions players as well.

Example in 10U we were working on getting the lead runner. Runner 1B ball hit to SS or 2B and working on getting the runner advancing to 2B. I turned it up a notch and suggested after making the play at 2B they try and get the Batter/Runner at 1B. AC says "THEY can never do it...it won't happen at this level". He probably was right...but why not teach the game.... OH WAIT... a couple weeks later they DID do it. Granted batter/runner was a slow runner...but that was the point the got a DP...because they knew where to go with the ball. The whole team lit up with excitement...and the remembered the AC telling them they couldn't do it....

Another thing we do with our DD is watch other games at tournaments. When she was 10u we'd watch 12/14u. Now at 14U we watch other 14's and 16/18's. It's great to sit in the stands and talk about the play that happened or what you would do in the situation on the field. She's also a pitcher so we talk about how to attack a batter and what she sees in the batter at the plate as well. These conversations aren't for everyone....many don't have the interest or the patience. Those that do their IQ can't help but grow. Those are the students of the game.

With our teams we did the same thing. We'd sit as a team and watch part of a game. Same level or higher. I'd ask them to watch, pay attention to the game. I'd ask the team quesitons during the game about the situations on the field. Or I'd ask them to remember a play that just occurred and we'd talk later about it and get their analysis. Some paid attention...some didn't. But those that did learned more quickly.

As others have said, it’s 10u ... keep your expectations in check. Game IQ comes with experience ... on the field and off. 10u players don’t have experience.

The best thing you can be teaching at 10u is not situation/reaction. Teach her to think about the game before the play. Teach her to develop a few scenarios in her head and plan out what she is going to do every pitch.

As others have suggested, use other experiences to accomplish this ... watching and discussing other games at various levels or online clips, playing video games, etc.
Last edited: Nov 15, 2019

The Man In Blue said:
As others have said, it’s 10u ... keep your expectations in check. Game IQ comes with experience ... on the field and off. 10u players don’t have experience.
Click to expand...

This right here!
I will say, and I'll believe this to the day I die, scrimmage with them everyday, put them in live game situations at every practice, it absolutely works!

I've wrote this here several times over the years, we tried to have a 2.5 hour practice twice a week, the last 45 minutes was dedicated to a live scrimmage. Me and the other coach, and 2 to 4 dads (or whoever was there) who were ballers back in their prime, would split up and actually play where they were needed. Everyone played hard and at full game speed, us guys didn't "crush" the ball but we did put it in play and ran the bases just like the girls. when a certain situation came up we told them exactly what we expected and if it got screwed up, we redid it until we got it right!

It got to the point at practice when it was time to scrimmage, all the girls would yell "scrimmage time!!" First of all it was fun, we covered base running, small ball, bunt defenses, tagging up, throwing in front of runners, cut offs, the correct way to steal a base, delayed steals, reading a pitch out of the zone.......as a base runner you better recognize if a pitch is GOING to be in the dirt, and you better be running!

There was bragging rights, there was running for being a lazy bonehead, there was lots of high fives and fist bumps, and smiles, everyone seriously got into it, and I know it may not sound normal for most rigid coaches and organizations, but I promise it'll teach young girls the game!

This particular team was a 10U church and rec team who won a ASA World Series in ~A~ ball as a first year 12U TB team at Tyger River in SC against a sponsored team with a matching wrapped dually truck and trailer, expensive uniforms with matching gloves. Wayyy out of our league, or so they thought! Very fond memories of that team and ALL the hard work we ALL put into it!
D

Others have said it keep playing and keep watching but the number one thing they have to always know every single play is what do I do if the ball comes to me. There should never really be any hesitation in the infield you get a second;in the outfield maybe two or three no time for thinking. Then after that what are my backup responsibilities.
C

There is this app. My first year 10U dd played it going to and from games /practices a little bit. Certainly not anywhere near as good as the suggestions above but another avenue to keep them thinking. 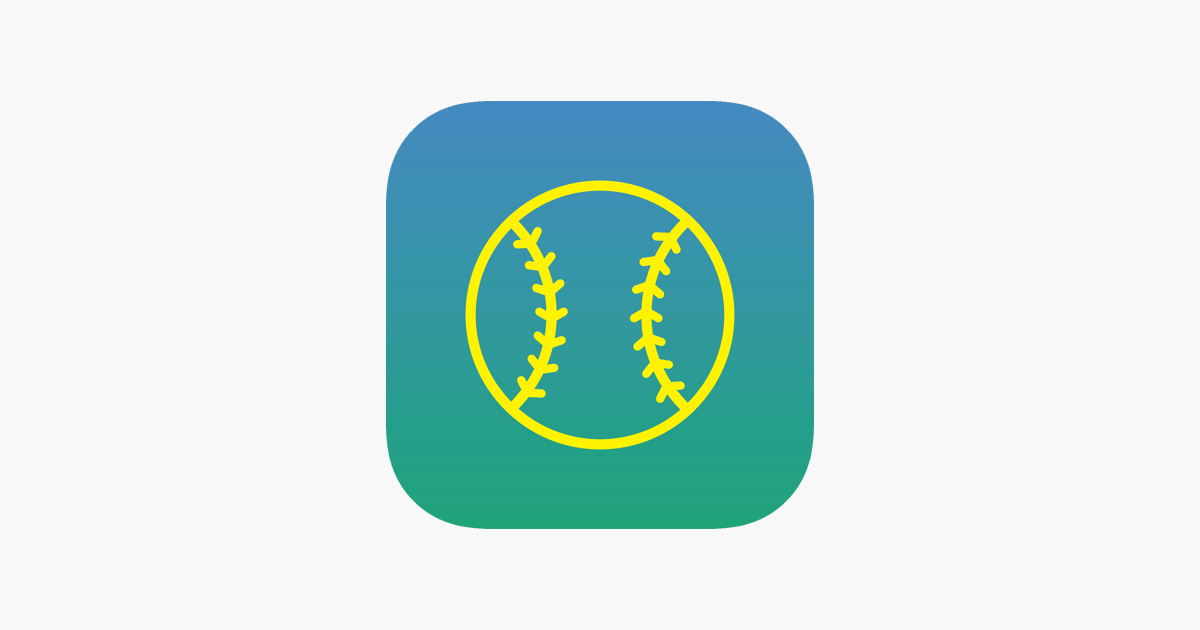 ‎BASIQs Softball is a first-of-its-kind app ... with the sole purpose being to help you develop your "game IQ." You do so via the thousands of animated situations and other questions we have created within the app Game Play ... and you can also connect directly with your real Coaches, who can...
apps.apple.com
C

At that age they won't pick up all the situations but I would stress to her to make a decision and do it. Even if they make the wrong play the aggressiveness will pay off later in the career. They will learn the nuances later. Keep in mind that sometimes doing nothing is the right decision versus just firing a ball when there is no play available.
R

Couple of things I did with both of my kids -

1. Teach her how to keep a scorebook. Both of my kids learned at very young ages. We would keep scorecards when we went to MLB games. We enjoyed it so much - they didn't even know they were learning!
2. I had both of my kids play catcher at the early levels. I don't think there is any other position on the field that teaches the game as well as playing catcher. They can see the field and see how plays are made. My DD still is a backup/bullpen catcher. DS moved on to pitching so his catching days are behind him now.
3. Watch all the ball you can. We watch a ton of baseball and softball in our house and we will discuss situations as they arise.
You must log in or register to reply here.
Share:
Facebook Twitter Reddit Pinterest Tumblr WhatsApp Email Link