Practicing situations which need work is great. Just blindly doing it all practice, every practice for 2 years when most games are lost because the fielders still need to work on their individual fielding skills..... not so much.
Last edited: Aug 8, 2020

pattar said:
when most games are lost because the fielders still need to work on their individual fielding skills.....
Click to expand...

True! All that other stuff should be at the end of practice after all the fielding drills are done and the coach is satisfied. Just doing things for the sake of routine, waste of valuable time! 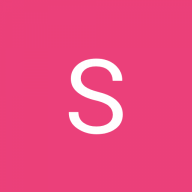 pattar said:
Practicing situations which need work is great. Just blindly doing it all practice, every practice for 2 years when most games are lost because the fielders still need to work on their individual fielding skills..... not so much.
Click to expand...

This has been my rallying cry for 10U. I would rather have a good throw to the wrong base than a poor throw to the right one.
G

Regarding rundowns, in this Covid shortened season (basically July and 1 week of August) my Dd played in 20 something games and I umpired another 30 (all ages). I saw exactly one rundown situation in all those games. One.

I also saw multiple balls sailed and bounced to first, and dozens of throws home when the runner was two steps away...
M

Greatdaytobeawildcat said:
Regarding rundowns, in this Covid shortened season (basically July and 1 week of August) my Dd played in 20 something games and I umpired another 30 (all ages). I saw exactly one rundown situation in all those games. One.

I also saw multiple balls sailed and bounced to first, and dozens of throws home when the runner was two steps away...
Click to expand...

Maybe we're just more aggressive in TX but even at 18u I see them regularly. Naturally, it happens much less than at younger ages, but that just makes each one more valuable.


pattar said:
Practicing situations which need work is great. Just blindly doing it all practice, every practice for 2 years when most games are lost because the fielders still need to work on their individual fielding skills..... not so much.
Click to expand...

The OP was asking for situations. Of course, practicing any of those at the expense of, or instead of, basic skills would be ridiculous and worthless. I've seen teams practice runners at 1st and 3rd scenarios for hours on end and rarely end up using them in games.
P

mmeece said:
The OP was asking for situations.
Click to expand...

Thanks. I read the OP.
D

I agree with working on rundowns and cutoffs. A couple of other things that I would work on would be bunt defense and 1st and 3rd defense if you can't defend these situations they could run you out of the park. When you work on these situations try and have live runners because then you are working on offense and defense at the same time and it gives the defense a more realistic view of what is happening. Also, maybe have two defensive groups and run the drill (bunt"D" or 1st and 3rd "D") first with one group and then after 5 or ten minutes with the other so that when you get in the game you don't put a kid in position that she's never encountered in practice.
B

-you must attempt and fail at a particular play X times (# depended on type of play) in a game situation and fail before you will start to get it right. it is extremely rare you will get it right the first time, so dont be afraid of getting it wrong, lets play the game.

-rather lose a game 47-3 where we attempted a bunch of plays than lose 7-3 where we held the ball a lot, walked it in, etc.

-FAIL SPECTACULARLY - try for the spectacular and fail, because one of these days, you will get make that play, and everyone forgets about the 6978 failed attempts.

of course this is all at relatively young ages, have to adjust a little bit as they get older, but I always felt it was easier to coach to get players to dial back their aggressiveness than get them to be more aggressive. anything younger than 16u, if were going to play softball, lets play a lot of softball, not a lot of walking back runners, walking ball in, etc.
G

The situational scenarios that I like to work on at practice. We will be a 2nd year 12u team this fall.

1- Bunt defense. We do this pretty well for their age
2- Bunt defense with runner on 3rd. We still screw this up no matter how much we work on it. Runner on 3rd is hung out to dry, and we still throw the ball to first base instead of creating the pickle.
3- Outfield cutoffs. Amazed how many times an outfielder will air mail a ball over the cutoffs head during a game trying to throw a runner out at home.
4- Pickles. We do this almost every practice in some form or another.
5- 1st and 3rds. Runner on 3rd and batter walks scenario, or any live ball scenario with runners on 1st, and 3rd. Don't care what you guys say. When you play a team that is fast and has practiced this kind of baserunning it is very difficult to stop consistently.
6- 1st, and 3rds when the runner is stealing 2nd base. This is also very difficult to prevent at the 12u level. The girls arms are just not strong enough. We have 4 different plays for this scenario. We have thrown some runners out at home when we throw the ball to the 2nd baseman who cuts in front of the SS covering 2nd base.

This is not in any particular order. I am probably missing some stuff also.
M

Several have mentioned 1st and 3rd steal situations. My observation is that as you move up in age you see (16u-18u) fewer, not more, teams who use special 1st and 3rd defensive plays. You either have a catcher who can discourage that attempted steal of 2nd or you don't. The other team either wants to be aggressive or they don't. If your catcher can't make a very competitive play regardless of a runner's speed at least 75% of the time then you probably have no business trying to defend that steal or making a trick play. Let them have it, keep the runner on 3rd, and move on. On the other hand, if you have a consistently good catcher and the situation is right (for me it's 0 or 2 outs with an average or below average runner at 1st) go for it. Don't mess with a trick play just try to get the out. You'll be amazed how often the runner on 3rd is either caught flat-footed or assumes there must be a trick and doesn't go home or breaks late enough to try and make a play there as well. I just haven't seen the typical 1st and 3rd cut-off or trick plays work often enough to justify practicing them. I'm curious if others have though.
You must log in or register to reply here.
Share:
Facebook Twitter Reddit Pinterest Tumblr WhatsApp Email Link