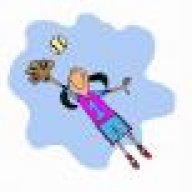 i realize that ur hips and upper body need to be at 45-52 degrees at wrist snap, per a 1996 study at the atlanta olympics, and also per the michele smith and right view pro dvd's, which cited that study. this is to minimize shoulder injury, and allow for maximum power at release. it may also be to allow the arm to pass freely by the hips. i am not sure about this latter point.

however, i notice many elite pitchers, such as michele smith, open their upper bodies, but not necessarily their hips, to 90 degrees, during their explosion off the mound, so that their shoulder plane is parallel to the line of force (power line). iow, both shoulders point in a straight line to the catcher. this opening to 90 degrees occurs somewhere around noon on the arm circle. then when their stride foot lands, they are in a position to resist and begin to close their upper bodies to 45-52 degrees, just in time for wrist snap. At this point, once the ball has been released, their upper bodies may continue closing , perhaps all the way to 0 degrees, or they may just close a little bit. [note: their legs usually remain at the 45-52 degree angle while closing, both before and after wrist snap.]

For ballistic kinetic chain activities such as throwing, over hand or underhand, hitting etc, the kinetic chain begins in the largest most proximal parts which is in the neighborhood of your hips. If you watch closely you can see even pitchers like Finch transfer momentum. Ueno and Cat are much more pronounced in the link below but Finch does it too.

Also the geometry of your shoulder dictates it open to avoid impingement during the arm circle.

Amen on the shoulder part. We open to protect it on the rotation.

I concur on this one. It has to do with how your shoulder joint works. Here's something to try.

Stand at the 45-52 degree angle with your hand over the power line. Then try to make an arm circle while keeping your throwing hand on the power line. Somewhere around 12:00 you will feel the impingement Mark mentions.

Now turn so you're completely open and swing your hand over the power line again. It should feel very easy and natural, like you can do it all day. It's the way your shoulder joint was meant to work.

Watch the video of Jenny Finch pitching from the side. Sport Science: Jennie Finch - MSN Video Pay close attention to her shoulder from the side.

The movement of the shoulder blade during the pitch adds another 5 to 6 inches to the entire lever used to throw the ball. And, it adds another link in the kinetic chain.

Standing open allows the pitcher to use the latissimus dorsi (the lats) to assist throwing the ball. A pitcher uses their lats to collapse the right side of the body.

As the loop turns over that takes care of the hip clearance judging by this clip.

I would say Ueno does a whipping loop around the hip as well. Finch is much more open than the other two which gives us an opportunity to look for commonality in spite of the difference. In all three, the hip rotates, then gives up it's energy to the next link in the kinetic chain. Different form, same function. As I've said before, I agree with, I think it was Hillhouse, that Cat has the most efficient mechanics around with Ueno not far behind.

Just because Michelle Smith might have her hips at 45 degrees at release and tells everyone to do the same doesn't mean the majority of male and female elite pitchers use the same hip angle. Look at video clips with an objective eye rather than with a preconceived notion. Furthermore, there are people who have been in the game a lot longer than her who disagree with a number of things she says on pitching as well as hitting. Secondly, wrist snap is over rated. Many of the male pitchers I played with or against talked a great deal about finger action rather than wrist action.
M

I agree we should look at video of many elite pitchers looking for commonality. As to the hip angle I believe that came from a study they did at a previous Olympics looking at only, as I recall, riseballs. I would say at least a couple of things about that. One is the obvious. What did they do on drops. Another is, the degree of opening is less interesting than the when and rotational velocity of opening and closing as relates to the rest of the kinetic chain.
You must log in or register to reply here.
Share:
Facebook Twitter Reddit Pinterest Tumblr WhatsApp Email Link