MikeP said:
I think that 3 practices a week plus lessons 1-2 days is sufficient for a 10 yo.
Click to expand...

MikeP said:
When my dd first started playing she would ask to go to the field everyday. The more we got into team practices and lessons, she asked less. At first I took it as laziness but then I realized that I was the one wanting to practice everyday and was pushing too hard. We don't do lessons now and the team only practices twice a week. At this point, working at home two days a week is mandatory. Except she is playing bball nonstop and is about to try out for h.s softball, so maybe not "mandatory" .
Click to expand...

^^^'She asked less' is understandable

3 days of Team practices and one or two lessons a week is definitely an abundance of softball. Except for they are Guided by the adult running those. There is no time for her to be her own player developing her own purpose.

I agree that you should not take her phone away. She is 11 and enjoying practice and lessons. Does she need to practice more outside of that right now? If yes I think scheduling it might help. My daughter is playing 16u now, she has practice twice a week, lessons twice a week, weight training once a week, four AP classes and is doing tournaments or camps on weekends when she can. School ball starts next month and she will have softball seven days a week. She doesn’t practice on her own unless she schedules it. I only say this because the days go quick and it is easy to not get up and practice if it isn’t set on the day. Let your daughter be the guide and when she doesn’t get the playing time she will put the extra work in. Or conversely maybe she needs a stronger travel team where she has to work more to keep up? Let her keep her phone and be a kid. They have so many pressures. It should be fun and about them.
D

Softball_mom_12 said:
She has never had an issue with physical exercise. She has pretty much always been the type to be outside riding her four wheeler, bikes, and playing with friends. As well as sports. Just recently has she started choosing to stay inside over doing other things.

It sounds like she is doing plenty for her age. Let her lead the way towards what she wants. She is going and you don’t want to burn her out.

Try something creative and get a dry erase board/calendar and let her fill in her weekly schedule herself.
See what that looks like and make some parental adjustments.

Puts the week and to do list in front of us.
Be sure to put fun activities as well as priorities.
It will help balance things out so not overloading each day. Yet still getting things done. 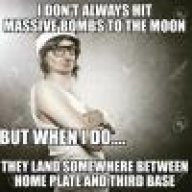 Is she bored on the current team? Meaning, is she the best or one of the best and knows she doesn't have to work as hard? My dd kind of fell into that mindset a little bit during second year 10u. First year for her in 12u she joined a very solid 08 team, she's an 09. Suddenly she was playing LF, RF, and sometimes 2b instead of starting ss. She worked hard and when the starting ss jumped ship on us, dd played about 75% of the time at ss. The competition was good for her. Similar thing just occurred in bball. She's the 1 on our 7th & 8th grade team. Our two middle school teams combined after the season to play league ball. The 1 from the other team is very good and now dd is working extra hard to earn that spot. Competition is good.
H

Softball_mom_12 said:
Hello everyone! I am new here and am in dire need of guidance and opinions! My daughter is almost 11 and started playing ball at 9. She currently plays on a 10U travel team. She has been doing great. Lately I have noticed that she has become very unmotivated. She doesn’t complain about going to practice and lessons but she hasn't been giving it her all the past few months. She says she wants to improve but she doesn't put in the extra work needed to get her to where she wants to be. I have noticed that this has now become a pattern with her every day life. She wants straight A’s but isn’t putting in the time to study and get there. She wants a clear face but doesn’t put in the effort to wash her face every night. I want to use the word lazy. She has developed these “lazy” habits and it is so frustrating. It’s a very bad pattern and I need to somehow break her of this cycle but I am not sure what to do. I’ve talked with her several times about how expensive this is and if she doesn’t want to give it her all then she needs to let me know. She insists that this is something she wants. I try to push her but it does no good when she isn’t pushing herself anymore. So what do I do?
Click to expand...

Coach's perspective: She's 11, and has no idea how to manage her time with consistent patterns to achieve something. "Wanting to improve" and "get better" are just answers she thinks you want to hear when you ask her. Of course kids want to get better when asked, but do they have life experiences to help them build a plan to do it? No. Kids do better with lists and structure, so if it's softball you're going to focus on (the other habits are important too of course, but for this thread its softball), get with her coach and create a small list of everyday drills that she can accomplish in <30 min/day. Have the coach explain exactly what these drills are going to do for her WHEN she does them consistently, and why he/she expects her to do them. Help her structure her day so she knows when these drills have to be done. And every day when she does them, you put a checkmark on the page to verify she did it and send the completed drill sheet to her coach every week. Over time, you hope this pattern will form and it will become natural to put the work in. Good luck!
S

Towny9 said:
Something I do with my DD that may work for you. I don’t ask my DD if she wants to go hit or play catch. That’s up to her. What I do tel her is this. No matter what I am doing, if you do ask, I will never say no. Works for us. Ultimately it’s her sport. She may just have different goals than yours.

Now if she complains about not being as good as she wants or struggling at games, or if her attitude suffers, then feel free to point out its because of her lack of effort/extra work.
Click to expand...

Do not try to force her at this age. Do all you can to make the game a lot of fun for her no matter how much she improves over the short term. Having fun at a young age is more important to her future in the game than anything. All this is even more important if she has an abundance of natural talent. Let her play and enjoy. She will develop a love for the game and eventually work harder on her own. Be patient. Support her and give her lots of praise. Easy to say but so difficult to do. I coached travel ball for 22 years and had two daughters go through the process and one play in college. One was very motivated but had little natural talent. No problem. The other had tons of talent. The game came easy to her. She saw little need to work hard every day like her sister did. I tried to bribe her and also tried to force her to practice and improve. I know now that I should have left her alone to enjoy the game and her talent. She has a few very small regrets about it all now but is coming along very well in her business career and enjoying that very much. There is so much to life after or without softball. That is so hard to say for a person like me who understands what she could have done in softball. In many cases it means more to us parents than to them now and even after they are finished with the game. Over the years I have witnessed so many softball players, each of whom have taken different approaches to the game and their future. I have watched them grow up to become very successful and happy adults in most cases. If your daughter never realizes her true potential as a softball player it is not the end of the world like I once thought. Let her play and enjoy without so much pressure and stress. There is enough of that in her everyday life. I wish you and your daughter the very best now and in the long run.
W

DD is graduating in four months. This time next year she'll be living in a state far away.

Don't let something like her unwillingness to practice as much as you want her to practice become an ISSUE. it's a game; the payoffs are all internal. Either she'll decide to do all she can to become a better player, or she won't, And at the end of the day, it won't matter much. But don't let it become something that causes friction between you two. Because as much as the days drag, the years fly.
P

whiporee said:
Because as much as the days drag, the years fly.
Click to expand...