Help understanding the mentality of 10/12u tryouts

The word 'coach' is NOT a credential. 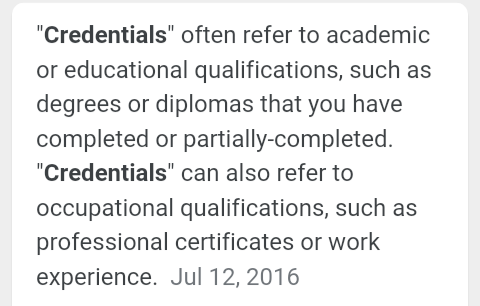 I've had parents tell me a head coach wouldn't even let them know where the next year tryouts were being held so the kid couldn't tryout. 8u to 10u.
The parent finally got the clue after a couple of unanswered calls and texts.

Sure if parents watch practice they'd see what the coaches see. Kids need parent help at these younger ages. If the coach tells them (2) or more times in a practice to do something help your kid. etc..

Examples of what 8u, 10u, and 12u coaches have done to help justify moving kids around or natural attrition/cut. I could write for a day the bad stuff I've witnessed and heard. This is a little cut throat at 10 and 12u. Being cut might be better than having kids subject to the garbage below.

Hit extra hard balls to the girls coaches don't want on or in the infield. Or at least to shut up parents/kids always lobbying for their DD to be on the infield.

During soft toss a HC will only throw to the better players and leaving an assistant to work with the less talented girls.

Have a roster w/multiple catchers to carry the catching load during long tournament weekends and use only one for the entire weekend. Squeaky wheel got the DD some behind the plate time. That'll teach'em.

Not pulling the #4 pitcher on the team when she's getting obliterated because parents think DD should be used more. Just humiliate her with a massive loss so she never wants to pitch again.
Usually a nothing pool game against a great hitting team. Leave team for number 2 spot on another team after the season ends (maybe).

A coach pulling the fine print on the contract to say the kid was violation on the team code to cut a child. Kid wasn't doing anything the other kids weren't already doing the entire time. A targeted mid-season cut.

A coach blaming a loss on a kid (directly calling a girl out for the loss in the post game talk) when it's a long list of bad coaching decisions got the loss. Quits softball for thd Fall. Maybe she'll give it anoher try in the Spring.

Sent from my SM-G975U using Tapatalk
Click to expand...

I suppose this is how we have come to one of the reasons there are so many TB teams when rec/development leagues are failing.
B

Blueriverdrivers said:
I don’t agree on the

I don’t agree with the different stages of physical development. I can tell the girls that have the building blocks to work with and who has developed the fundamentals needed to be an above average player. Sure size helps but if they don’t have the proper skill development the size won’t really matter.
Click to expand...

I said "a lot" apparently you are an exception that proves the rule.

past few years, DD has heard so many times "one of the most fundamentally 2007 players they have seen but" and no offer.

Blueriverdrivers said:
I don’t agree on the

I don’t agree with the different stages of physical development. I can tell the girls that have the building blocks to work with and who has developed the fundamentals needed to be an above average player. Sure size helps but if they don’t have the proper skill development the size won’t really matter.
Click to expand...

1. Bluedrivers, Can understand your point about recognizing potential.

2. Also understand @bjmakj point saying where the player is already/currently with skills matters.

Because
1. is a developmental approach that may require months befor say entering a tournament.

2. is looking at who has already developed to be able to play a tournament next weekend.

Softball at 12U is getting more and more like child beauty pageants. A child being "good" at 12U doesn't indicate that they are going to be "good" in HS or college.

Your DD gets a whole new body when she turns 13 or so. Sometimes it is a dramatic change, sometimes it isn't.

At 12U, you can tell which girls *might* be good later and which ones should find another way to spend their time. But, that is about it.
P

sluggers said:
Your DD gets a whole new body when she turns 13 or so. Sometimes it is a dramatic change, sometimes it isn't.
Click to expand...

sluggers said:
Softball at 12U is getting more and more like child beauty pageants. A child being "good" at 12U doesn't indicate that they are going to be "good" in HS or college.
Click to expand...

For a second there, I thought this was going to turn into a "once you get to the big field, none of this matters" kind of post.
J

I don't have time to read through all of the replies on this one, but I'll give my two cents as I've coached Hockey, Baseball and a little Softball as well.

If you don't give the girls already on your team a little motivation to try out, they'll always think they're good enough to stay on the team. And telling them at the end of the season that they're cut without even having the opportunity to that another kid that didn't play with the team isn't good either.

I think my DD's coach did right by her at tryouts last month. He basically told her that she needs to keep working on her craft and that if she comes to tryouts motivated to getting better that she'll have no problems making the team. But if she's lazy (which she has been at times), she won't make the team. After that conversation with her, he pulled me aside, and said she's on the team, but to not tell her, so she worked hard. She's been busting her behind before, during and after tryouts, so I think that conversation was extremely beneficial.

I will agree however, that coaches need to do a better job of just ripping off the band-aid. Once they've made up their mind on who is and isn't on the team, they need to just be upfront and honest with all parties involved. Some parents are the issues in that scenario as they feel the need to pimp their kid out to 15 tryouts every year.
B

Another aspect of this issue is High School tryouts. Every year we read stories about kids who are "studs" but can't make their HS team or can't crack varsity. In many cases the parents blame the coach or politics. I may live in a bubble but I can honestly say that in our HS merit is rewarded. Tryouts teach kids how to perform when the pressure is on. Same with College Camps when coaches are watching. That pressure is where you will see some rise and others fade. Allow the kids to become comfortable being uncomfortable. 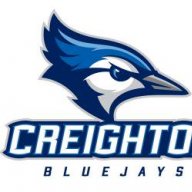 Not being asked back on a 9u team was the best thing ( & most hurtful )that happened to my daughter that yr. It motivated her to prove them wrong. She more than proved it. She is currently a D1 college freshman this yr. I often wonder what would of happened if she never got cut..
You must log in or register to reply here.
Share:
Facebook Twitter Reddit Pinterest Tumblr WhatsApp Email Link