Ive am new to forum and pitching but have read all the sticky post on here.
Questions?
1) Is forearm fire that I've watched on youtube and I/R talking about the same mechanics?
2) Do we need to work drive, mechanics, releases--or opposite?
Hope this makes sense ---trying to learn from scratch
Thx

Some background: "Internal rotation" is a real anatomical term. It is not invented terminology like "forearm fire" or "fluid dynamics".
(And, kudos to Boardmember for using words that actually have meaning. I remember even now when Boardmember returned from Mount Sinai carrying two stone tablets inscribed with the words "internal rotation". But, I digress.)

Internal rotation means, simply, "rotation toward the center of the body". In anatomy, internal rotation is usually used to describe movement of the arms, legs and wrists.

In pitching, "internal rotation" can refer to both (a) the rotation of the forearm during the release phase or (b) the entire pitching motion.

I've not taken time to study Phil Schoneberg videos, but he seems to be teaching internal rotation
Last edited: Jan 23, 2019 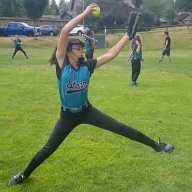 Internal rotation is forearm fire. Phil shonberg recoined the term for his business

Phil seems to emphasize the whip action quite a bit.

I like the term "forearm fire" because it seems to be a good way to describe the start of the release phase. 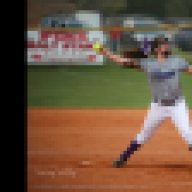 Ok we started with Phil because it was the 1st videos I found that were not HE which I thank him for starting us in the right direction. However just like great pitchers teaching HE at a camp but that’s not how they pitch. Phil teaches sliding hips like a sliding door keeping hips completely open from stride to finish. This took us down a rabbit hole into problems I won’t get into. Later he shows keeping straight drive foot and keeping drive knee towards plate which greatly increased DD accuracy compared to staying open which has both feet towards 3rd. Well you can’t stay open for sliding door and have foot and knee facing plate. That’s about time I found DFP and was enlightened to IR. Phil has great stuff for upper body and teaches ball straight up at 9. But sliding door mechanics for lower body I could never grasp as being optimal.

He closes at 45. Which is what IRdoes as well
If you watch the girls on his videos they all do optimal mechanics. Phil exagerates
D

Well Phil may do i r but I don’t believe he uses brush contact or brush interference. He seems to focus more on the snap of the forearm at the bottom vs the whip or I r with brush contact.
Just my opinion. Not that he is right or wrong just different. IMHO

Well Phil may do i r but I don’t believe he uses brush contact or brush interference.
Click to expand...

I haven't watched Phil's videos in depth...but, brush interference (BI) is not taught much. The PCs here obviously do..., but it is not talked about a lot.

Rick Pauly is adamant about it. I watched a talent kid who wasn't taught BI go down the tubes over several years.
B

Phil's videos are good to correct issues. We like them
F

Bill Hillhouse has written frequently of the arm whipping from the elbow, to fingers.

"The magic happens when you stop TRYING to make it drop and whip it like you're throwing as hard as possible with the right release point."

"too much emphasis is put on the wrist which eliminates the Elbow snap. If the elbow is trained to SNAP (as it does for an overhand pitcher) then the wrist will also snap."

"But a lot of girls are not taught to use their elbow to whip, which helps the wrist to snap naturally, and the fingers to generate the spin."

"To get more spin, make sure the elbow, wrist AND fingers all working in sequence."

"It's just about getting her body to work correctly, the way it's designed to achieve the most from it. That includes the whip needed from the elbow, wrist and fingers."

"The main thing that is needed for the movement, which I did elaborate in the DVD is the elbow whip."

"It's not about going across to the other side with the arm, it's about making sure the elbow snaps or whips just as it does when you throw a ball overhand."

"The way our bodies are designed and move kinetically, if she's snapping the elbow... the wrist and fingers are going to snap forward in sequence."

"snap through the pitch (elbow, wrist and fingers in that order)."

"the more she loosens her elbow and whips across her body, the more RPM's you'll see"

"If you work on the elbow whip or snap, then by the way your body is designed, the wrist is going to whip or snap too. So, work the elbow."

"I'm a big believer that the elbow whip is the key to additional spin and movement, and to achieve top speed."

"concentrate on whipping your elbow as hard as you can.... just as a baseball player whips his elbow when throwing a FB overhand."

"All I can tell you is, the way I teach things and the way I do it myself is more about trying to whip my elbow."

"One of the basic core beliefs I instruct is to have as much of a whip/snap of my elbow at the release of the ball. I believe the elbow to be one of the biggest keys to the pitch: regardless of the pitch being thrown."
You must log in or register to reply here.
Share:
Facebook Twitter Reddit Pinterest Tumblr WhatsApp Email Share Link