this is something I've never done but the need is surely there - does anyone have a set of signals they use that they could share - or a resource?

Scenarios like - let the run score vs. eat the ball and keep her at third... 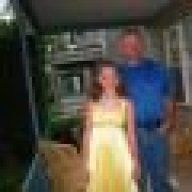 For a sneaky play, we have code words for various plays -- colors, colleges, things like that. We may also call out a word that doesn't mean anything, just to make the offense think we have something tricky going on and make them hesitate.
S

I played with an extremely catcher agressive team last year in large part because our pitching was poor and we needed to generate outs. We used verbal signals sometimes called by the catcher, sometimes by the coach. To keep it simple we used the first name of the girl we were throwing to so that it sounds like random cheering i.e. "Let's go Nicole" "Come on Julia" ususally could do this about three times before the other team figured it out, but in my mind any overt signals "Purple" "Arizona" put the baserunners on the alert right away and leave you open to delayed steals.

Also had signals for "trick" plays. Again nothing fancy. Call out Down and Back, or Halfway then throw to forward playing 1B with the intent of coming immediately back home to tag out a runner on 3B we've enticed to steal home. Also works when you have a runner you think is trying to delay steal home, then you throw to 3B who has moved down the line towards home, knowing that the throw back needs to be immediate. I don't think these are high percentage plays, but similar to some trick baserunning plays you might run when you know the batter who is up is a low percentage to hit, sometimes I'd run catcher plays when I don't think the pitcher can get an out.

My favorite is to run the 1st and 3rd play where the 2B cuts the throw off short as a regular play. This rarely fools anyone, but causes the runner on 3B to second guess the throw every time and then you are free to actually go for the out at least once in the game and the runner usually is still standing on 3B when you make the tag at 2B
Y

We use a combination of both verbal and hand signals. Our first and third situational plays are communicated by me using hand signals to the catcher and the catcher then relays a set of signals to our defense as a whole. We have a couple of trick plays that are verbally communicated by me and we have several pick off plays that are communicated between the players involved. (Catcher and First baseman have a signal for a pick at first). I never call for any non-first and third pickoff from the dugout. For our verbal plays I call out decoys at different times so that not only do the runners and other coaches think something is on but it gets my players used to me saying something and they tend to listen more when they hear words similar to our calls. For example we use names of the area Universities in our calls some have a play attached some do not so when I call out Illinois State and nothing is on it makes the offense a little less aware when I call out Northwestern and that is an active play.