Dealing with bad coach and owner

She plays 2/3 - 3/4 of the time.... bats well. Playing time is not the issue. Head coach is good, but he cant be there all the time. He also, in his defense, has the odds stacked against him with a 15 girl roster...... I appreciate his position as I have coached before..... but I see alot of room for improvement. I don't want to coach, because it seems that organization is losing its appeal.....a few parents have had it along with me.
M

SoftballFanatic123 said:
My youngest daughter is on an overfilled team that rosters 15, 12 U level. It appears that the owner does this to line his pockets every year. Promises of non-parent coaching, excellent training...yada..yada ..yada.........
Anyway the head coach was away and the one coach, who is not a parent, lost his temper, yelled at the kids and threw his gear.
There really is no talking to these people. Looking for the best advice on how to handle...... everyone is over protective... parents of their kids, coaches of the job they are doing and the owner protecting his wallet, then his staff....... I think I know how to handle, but looking for advice anyway to see if there is a good way to approach this without going nuclear....... thanks in advance
Click to expand...

At 12u I'd say 15 on a roster is just too many. If you are overall happy with the time and instruction that your dd gets then I'd suck it up for now see how things go. If you feel like the situation will only get worse then I'd let them know the behavior is unacceptable and you don't feel like they've lived up to their end of the bargain. Insist on a refund for the remaining portion of the season. If they absolutely won't do it then chalk it up to a lesson learned and move on. If you're anything like me, you've made worse decisions with money and it will be forgotten once you find a team you are all happier with.
T

Did you sign a contract? If you did, read it over again. It will likely contain a portion/clause/whatever speaking to player and parent behavior and what to expect from the coaches.

If you are truly concerned and feel like your relationship with the HC is good enough, you can try going to him about the incident. He may know already about his AC's behavior. Or maybe he doesn't and would find it of interest.
B

SoftballFanatic123 said:
launched his clipboard, glove and bat. There are a few teams around, but the more I talk to people, the more I hear about Daddy Ball and all of the ills of it.... I paid for the season which includes winter training and spring schedule already...... She will move for the next season Fall 21 absolutely...... any thoughts on how to delicately deal with owner and staff?? They are arrogant as hell and I never back down from anything, so I could see this going sideways quickly..........I know better but not sure that they do.......
Click to expand...

expensive lesson learned, never pay for spring before fall is over, especially first year with team. if someone insists on, assume it is a cash grab and move on.

I would walk. especially if DD sat more than 40% of inning at 12u, 12u is about development
B

SoftballFanatic123 said:
not that I feel committed.... I feel like I say something, then they'll take it out on my kid and that makes it worse...... I wish I could get my money back and walk away..... I know that wont happen...... looking forward to next season but I think its hard to move teams mid year......
Click to expand...

moving in winter is not that incommon, lots of people spend a fall season with a team, and realize it is not a fit for them, or want more PT, etc,. there will be spots. or spend a spring guesting, get to see a lot of teams from the inside.
B

also, another argument for sticking it out, if you are happy with PT, odds are that others are not, and someone will likely leave over winter. with 15 on the roster, I almost guarantee it.

As a player,
Pick the tossed clipboard, bat, and crap up and throw it right back at the coach.
"You want to display pathetic behavior on this team.
No way,
Pick your shit up and leave!"
Yep in the moment!
Would even say coach get off our field!
Would NEVER have that representing the team i'm on.
Not even for the rest of that day/ weekend!

Instead nothing really gets handled in the moment and turns into these what should we do scenario's.

Worst thing that can happen is nothing!
Saying everyone has a bad moment.
NOPE cant be ok.
Not ok for anyone to throw a tantrum...
People can go with big apology if they want.
BUT THAT APOLOGY BETTER BE IN THE MOMENT...and apologize to the other team and the crowd who saw it!

A later apology ...means everyone has been processing the pathetic moment which
no-one should have to.
Often makes anytime that happens ok for a one time tantrum for everyone.

Heres the key point to making this happen.

~SETTING STANDARDS AT THE VERY BEGINNING!!!

Set standards at the beginning so people know ahead of time what will get them booted!
Stop things befor it happens.
Then if/when it happens no one is shocked their done!
Last edited: Oct 27, 2020 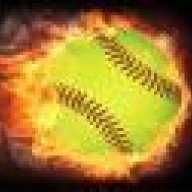 SoftballFanatic123 said:
not that I feel committed.... I feel like I say something, then they'll take it out on my kid and that makes it worse...... I wish I could get my money back and walk away..... I know that wont happen...... looking forward to next season but I think its hard to move teams mid year......
Click to expand...

This is def a lesson to all that when you join a team and pay upfront, you need a release clause or else they have by the softballs. thank God we cant afford to pay a whole season let alone two, upfront.

Tide_will_Roll said:
Did you sign a contract? If you did, read it over again. It will likely contain a portion/clause/whatever speaking to player and parent behavior and what to expect from the coaches.

If you are truly concerned and feel like your relationship with the HC is good enough, you can try going to him about the incident. He may know already about his AC's behavior. Or maybe he doesn't and would find it of interest.
Click to expand...

Don't know where you live, but fronting a bunch of money isn't common where I am. Most work on a buy your uniforms and charge as we go basis. If you leave, most coaches will buy the uniforms back. Given what I've seen happen in the 14 years I've been involved with this, I would NEVER put up any more than that, and I've NEVER signed a contract. A good coach and organization doesn't need a contract and large financial commitment to keep everyone in line. 15 on most any roster is too many. Was THAT in the contract?

BTW...there are several other threads here that discuss the pros/cons of "daddy ball" vs non-parent coached teams. Both have their positives and drawbacks. Paid coaches in youth ball generally don't get paid enough to ensure the professional approach parents are looking for. Personally, I'll take a committed and knowledgeable set of parents every time. Yeah, they're in it because of their kids, but the resulting effort tends to benefit everyone.
You must log in or register to reply here.
Share:
Facebook Twitter Reddit Pinterest Tumblr WhatsApp Email Link