Catchers: Tips for Throwing from Your Knees

For most of fastpitch softball’s (and baseball’s) history, the gold standard for catches attempting to throw out runners stealing a base was to pop up and throw from your feet. A quick catcher could be up in an instant, and use the power of their legs and bodies to power the ball toward said base.

Over the last decade, however, there has been a significant shift. These days it seems like all the cool kids are throwing from their knees.

In fact, throwing from your knees has become so pervasive that there are coaches who will tell you that if you have to go to your feet to throw you’ll never play at a high level or in college. That is absolutely untrue, by the way.

I know top-notch catchers who prefer to throw from the feet and do play high-level college and travel ball, but you know how it is when people get something stuck in their minds. The ONLY thing that truly matters is the pop time – how much time it takes from when the ball hits the catcher’s glove to when it hits the glove of the person covering the base. If your pop time is better from your feet, have at it.

That said, throwing from your knees is also a perfectly viable option. Personally, I like to teach both methods so A) catchers can decide what works best for them overall and B) they have options depending on the pitch.

For example, if you’re catching a riseball it may make more sense to follow it up and throw from your feet, whereas a good dropball lends itself more to a throw from the knees. It doesn’t make much sense to go back down to throw if the ball carries you high or vice versa.

If you are going to throw from your knees, you should learn to do it properly. Here are some suggestions that can help you maximize both your ability to get the ball to the base quickly and hit your target.


Here’s the beauty. While none of these tips individually will likely make a huge difference in your pop time (except maybe the first one), their cumulative effect can be substantial.

Let’s do the math. (What, there’s math? No one said anything about doing math.)

Since the catcher has a top pop time of 2.0, the margin of error is .4 seconds. Try to record .4 seconds on a stopwatch or your phone’s stopwatch. It’s not easy. You’ve made the umpire’s job very difficult.

Now imagine each of the tips above can each shave 0.025 of a second off your pop time. Now your margin for error is .5 seconds, which means if the play was close before it’s not nearly as close as it was and you’re more likely to get that runner out. You’ve also demonstrated you can throw out a baserunner with 2.8 speed, sending a message to the opposing coach about sending anyone who runs slower than that.

The bottom line is throwing from your knees alone isn’t enough. In fact, it can actually slow it down if you do it wrong.

Do it right, however, and you’ll earn your reputation as a force to be reckoned with behind the plate – and a place on many coaches’ short lists. 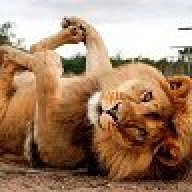 Excellent! Here's a visual as well.