At the 10-U level how much base coaching should be done; wave them on, turn and look, hold up, ect...... and how much responsability should we put on the players to be aggressive and think for themselves? I always tell them in batting practice to keep their heads down through contact, once you hit the ball forget about it and pick up your base coaches. How can they make descisions if they do not know where the ball is? Don't pull your head and watch the ball, but know where it is sounds confusing to a 10 YO. 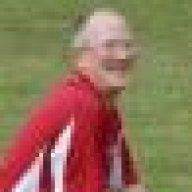 The more decision making power you put in the head of an 8 year old, the more mistakes she'll make and those things will cost you. But I absolutely think you are doing a great thing for these girls long term by trying to help them get started on the right track now. The outs they cost you now, will be the game winning runs they take in the future.

For your specific case .... I think there is a lot of time in between hitting the ball and getting 60 feet up the first base line when they can see what first base coach is doing and find the ball if need be. You can do a drill where your first base coach either gives them the signal to round the base, or is waving/yelling them through first. If they should go through first, they just keep plowing head down, and then breakdown after first. If they get the signal to round, or get nothing from first base coach you can point to and have any other player in the field hold their hand up and the girl should yell out who had the ball before she gets to and rounds first base. Then you can add to the drill the next practice whereby the fielders all have a ball and you have 1 outfielder deep, 1 normal and 1 shallow. They hold the ball up until the runner rounds first, if she thinks based on who has the ball she can go she goes, after she rounds first base the fielders can make the throw to second. That way each girl figures out based on her speed how deep a player can be and her be safe at second. You can keep extending the drill by giving the girls a signal to make either good/bad throws to second so the girls learn to round and not turn their back on the ball. They round and ensure that they see throw before heading back. If it is a bad throw they better be watching so that they can grab the next bag. Idea is to not throw everything at them at 1 time, gradually let them practice and implement each aspect of taking ownership of their own base running.

My rule of thumb is that as the third base coach I will hold you up, but I will NOT tell you to go. If I have to tell you, then the odds are by the time you hesitate to think through it you will be out.
You must log in or register to reply here.
Share:
Facebook Twitter Reddit Pinterest Tumblr WhatsApp Email Link