At what point do you, or you DD decide that she's not going to make it as a pitcher?

You keep at it until she doesn't want to do it. We had a player a few years back on our 12U team. She was the only 12 year old with all really good 11 year olds. Never pitched an inning. By the end of 14U she started pitching some and now pitches for a mid D1 school. She did happen to have some physical gifts in size but still she went from nothing to D1 in a few years.
P

joe720 said:
And to further that pretty much none of the kids i saw at 10U that were "good" pitchers even pitch once they get to 14U and up.
Click to expand... 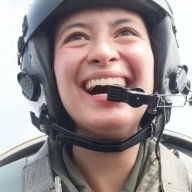 hummingbird said:
For those parents who have daughters who were once pitchers, and are no longer pitching for various reasons.. I have a question.

My DD has been pitching for about 2 years now. She is finally playing at B level, and while she was doing great in C, now at the B level, her velocity is just not considered anything more than below average to average. She works hard, but she isn't very strong, and doesn't have the frame to carry much more weight on her body to generate more speed. She could still work on mechanics and such to try to generate more speed, but I'm starting to wonder if I should try to convince her to focus on hitting and being an infielder more to prepare for what I feel will be inevitable. The only thing I can say about her is, she is definitely the most accurate, and composed pitcher at this age group and level that I've seen. Yes I'm her Dad and maybe there is bias, but I know based on stats, she doesn't walk as many batters as others I've seen.

So just wondering from other parents who were in the same situation, where you had a daughter who was good at other positions, but she was also a pitcher so she shouldn't work on those other positions as much, later to realize you may have been better off putting pitching in the rear view mirror sooner.. any insight and advice would be really appreciated.
Click to expand...

Before this year I'd of said around 12-14 you pretty much know and then this year happened. A freshman joined DD's team as the 3rd pitcher last year. She received VERY limited innings and was lit up every time. The team lost the spring season and the two pitchers in front of her. DD says she came back this fall like a new pitcher. Much faster and better control. I'd say sometimes it's a matter of wanting it bad enough or finding the motivation that works for you. I would think long and hard before writing off a kid that appears to not have it. All that said, if it's a complete lack of motivation you are pushing rope uphill. 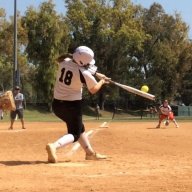 Don't try to make a prediction about the athletic future of a 10yo based on her performance at 10yo. If she's motivated to work, and loves being in the circle, keep feeding her dreams.
W

If she's willing to work on her own, then stay with it. If she's not, then don't push.

If she's not a stud at 12, though, I'd talk to her about playing somewhere else. I think a lot of the position can be learned, but a lot of it is inherent. And one season with a bad pitching coach can throw her off for good. And frankly, i don't know enough to know what's good coaching and what's bad. So if she's not throwing consistent strikeouts at 12,-- low 14 at the latest -- then she'll be happier finding another way to play. It's hard to be a mediocre pitcher -- you depend on good defense and solid hitting, and when you don't get it the blame ends up on you, even when it's undeserved.

My DD is a pitcher, and I wish she wasn't. She's never had "it" and she's always struggled with hitting spots. She's never been great, even with a lot of practice and lessons. She's a competent B -- would make most teams a solid #2 -- but if she had focused on something else she might have been a great hitter or position player.

As a parent, though, I really wish she'd never pitched. It makes the game a lot less fun to watch.
C

1. Keep it going at least through middle school for the benefit of the team.
2. My oldest quit pitching when her bat was good enough to get her on teams she had no business pitching on. 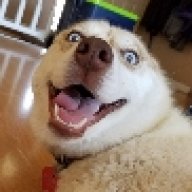 hummingbird said:
I agree, but at this level, it seems like speed is all coaches want.
Click to expand...

I want strikes. Accuracy and some movement I'd take that over speed for most levels of Softball.

The Trifecta of all three is a great goal for any pitcher.

Having a flamethrower that has wild pitches, hit batters and excessive walks vs. Someone that can get batters to have weak contact, reduces the pitch count, strikes batters out.

DD is an okay pitcher but a great shortstop. Coach said she’s being groomed to be the high school middle infielder, basically saying she can stop going to pitching lessons. She was starting to find her groove with pitching and enjoyed it, but I didn’t see her getting a lot of mound time. She prefers SS, so we agreed to put pitching on the shelf. 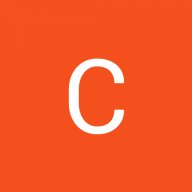 I say stick with it and work on spin. My DD is a 14U-A bracket pitcher. She currently throws 57-58 and is not that big of girl. On the contrast, we have a pitcher that will pitch in pool and bracket that throws mid to upper 40's but has crazy spin and therefore doesn't give up a lot of hits or runs. There's a spot for everyone if the girl is willing to work hard and put in the time.

DD was told by someone she respected that she was not good enough to make her MS team. I told her not to pitch at tryouts, use your bat and fielding to get you on the Team, IMO her best SB attributes. We will work on pitching latter once you are on the Team.