I am new to Fastpitch and I have asked this to a few people. I have noticed that almost all batters at our local high schools don't move up or back in the box. We have an amazing pitcher who throws in the high 60's in our area from what I was taught growing up playing baseball is to move back in the box with a fast pitcher. I see time and time again girls way up in the box and not getting around on her. Countless foul balls when they do make contact. Am I totally off base thinking they should move back in the box?

Not at all, although there are certainly old school coaches who will say you are. But I've attended clinics with lots of D1 coaches, including Mike Candrea and Sue Enquist, and they'll both say that moving back in the box can be a good idea. Not just against speed, but also against certain types of movement.

The conventional wisdom says that on a drop or riseball pitcher you should move up in the box to catch the ball before it breaks. But I believe it was Kirk Walker of Oregon State who said if you move to the back of the box, the ball may break before it gets to you. That makes it tougher for the umpire to call it a strike, because the ball was at your feet before it got to you. Technically the call should be made by where the ball is relative to your body when it's over the plate, e.g. if it was knee-high over the plate but hits the dirt behind it (but in front of you) it should be a strike. But that's a tough call to make.

If your hitter has trouble laying off of riseballs, standing further back may also let the ball get a little higher before it gets to her, making it easier to hold off swinging.

So yes, there are valid reasons to move back. Sometimes you have to make the adjustment per pitcher -- something I've found girls are uncomfortable doing over the years. That's why it's important to practice from all those locations.
S

I discourage my students from adjusting their location in the batter’s box. I feel that a hitter has time to see the pitch and take the bat to the contact point regardless of the speed or lack of speed of the pitcher (I say this because I have seen some hitters go to the front of the box for a slower pitcher). Now this is coupled with swinging at good pitches.
I do understand why coaches make this adjustment with their hitters, when your team is not hitting a pitcher you want to get the offense going. I just feel a hitter has the best chance for success in the location, stance they practice and trusting their skills.
I

Adjust to the umpire

I'd say on average it's more important to adjust to an umpire than to a pitcher. I say this because most college, high school and lower level umpires are incredibly consistent in their ability to miss certain pitches. Since they're getting paid by the game and not by the hour, most have very wide strike zones. The most common mistake is the ball that's 4 to 8 inches outside being called a strike. Smart pitchers who figure this out early in a game can succeed without ever throwing a real strike. Adjusting to that by moving closer to the plate to be able to reach those wide "strikes" is far more important that moving forward or backward in the box. If you can hit, you can hit--- it doesn't matter whether you're up or back. But if you can't reach the ball, then you've got a problem. In addition, most pitchers are not adept, for one reason or another, at pitching inside. If your hitters are crowding the plate a little, they'll get better pitches to hit and they'll be able to reach the wide "strikes." Not only that, but occasionally they'll get hit by a pitch--- and that's not a bad thing. 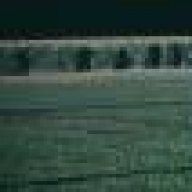 You could of course be like Crystal and adjust in the box while the ball is on its way to the plate. Have seen her do this a number of times with success.
I

Yes. She does do that. And with some of the lesser pitchers it works for her-- but so would keeping her feet still. My fear with Crystal is that the guy with all the measuring and the geometry (who I'm pretty sure never played the game) will tinker with her so much that she won't be able to hit water if she falls out of a boat. This woman was a hitting machine LONG BEFORE the tinkering process began. Lately she looks like she's pressing and she seems to have lost the patience to take her walks. If she happens to have a tough tournament in the Olympics, it will be a testament to the old saying, "if it ain't broke, don't fix it." And that's a difficult lesson to learn for many coaches and parents. Softball, baseball-- the biggest stars fail at least 65 percent of the time. You can't get a hit every time up. It doesn't mean there's something wrong. Most hitting problems are related to the head and the hands. Hitters who get their hands back and keep their eyes on the ball through the swing will be successful. Hitters who don't, won't. It's not geometry. It's concentration and confidence.

Have been talking recently to the guy who never played the game. If you understand the mechanics of a high level swing and you take the time to really study how the best hitters in the world swing a bat then there is nothing that says you cannot be a succesful instructor. At any level. Regardless of playing experience. Sometimes when hear a Major leauge player describe his swing he will say one thing then when you look it, what he described is something totally different. Have seen it many times.

I dont think he will go down that path you suggest with Crystal but time will tell. She is a tremendous athlete and talent. I have not had the opportunity to watch much of Team USA on this tour but I will look for what you have mentioned and get back to you.

Mechanically speaking, yes, it is possible to teach something you've never been able to do yourself. But only to a certain degree. Mentally speaking, there is no substitute for experience. As Yogi Berra said: "90 percent of hitting is half mental." You bring up Major League Baseball hitters. I'll ask you a question: How many big league or minor league teams have hitting instructors who NEVER played the game at some PROFESSIONAL level? Don't bother looking it up. The answer is ZERO.

Only in women's softball, where so many parents and players (not to mention coaches) have such low I.Q.'s for the game, could geometry-spewing gurus convince so many people that good hitting is so complicated.

Hold a clinic. Make a video. Get someone who is already a great hitter to buy into it--- voila! 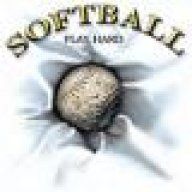 In my league, there are 2 semi-fast throwers who have some movement, 2 decent throwers who throw straight and the others are ok. Depending on the first couple of batters, I then have my team adjust forward or back.

I'll ask you a question: How many big league or minor league teams have hitting instructors who NEVER played the game at some PROFESSIONAL level? Don't bother looking it up. The answer is ZERO.

Its called inbreeding. Kind of like the steroid issue in MLB. Keep in in house and let it go until its out of control. We wont fix it until we are forced to and then we will drag our feet.

And your insulting Softball people as being unintelligent?

Might help if some of those people thought outside the box now and then.