a first for DD!

DD (2007) will be on the same team from one year to the next! she is so happy, she told coach during their end of year discussion that she wants to finish out her career with his team

10u first year - team only played one tournament, DD was sub for whomever was pitching at the moment.
10u second year - HC offered her roster spot on next seasons 12u team, but with likely diminished PT ar preferred position, helped us with search for new team, DD still sees HC for instruction
12u first year fall - brand new team/HC in well respected org, turned out to be headcase. had been thrown out of previous hybrind org (rec/travel), not coaching anymore. had 4 AC, HC and ACs all batted in top 6 no matter what. D team, daddy ball
12u first year spring - joined a team moving from rec AS to travel, very successfull year in C ball, but unexpected PT issues with HC at nationals led us to leave
12u second year (fall 19 spring 20) - different team in same org as 10u second year, low level team, but DD got some real leadership experience (team was mostly first years or younger playing up), COVID spring/summer
14u first year - back to same org as 12u first year, different HC, great year, DD really blossomed in spring as a hitter. mixed team, some 07, some 06

now HC is moving pretty much entire team (unless some choose to stay 14u) to 16u, gave DD the choice to join him or stay in org on another 14u team. Dd chose to stay with current HC. DD had told him she was not trying out for any other teams/orgs. since they will all be in HS anyway, with one exception (one girl was actually 12u eligible), he figures they will be seeing both 16u and 18u players anyway, and 2 of the girls were already for this past year.

wow, gonna feel weird not to have to obtain new t shirts and hats! nice on wallet though! so nice that the silly season is over early for us.
S

Glad you found some continuity. DD played on the same team from 14s through 18s. There were a couple rough patches and things of ongoing annoyance, but overall good enough. It's a bit like being married! One must figure out what's most important and let the other stuff roll off. Those who change teams frequently rarely find what they're looking for.

Lmao, good luck to her and your family.
H

Good for you and your DD! My DD was fortunate and was able to stay with the same coaching staff for three years. Wish we had moved to a 14u program this year, but we had no idea DD would come out of her Spring season so much better. Still was a good experience overall. Taught some valuable lessons and she got a TON of circle time.

Now we have to find a new team for Fall/next year and I'd like it to be one she can spend another 2-3 years with. Continuity is great in the right situation.
B

Strike2 said:
Glad you found some continuity. DD played on the same team from 14s through 18s. There were a couple rough patches and things of ongoing annoyance, but overall good enough. It's a bit like being married! One must figure out what's most important and let the other stuff roll off. Those who change teams frequently rarely find what they're looking for.

Be prepared to accept that a 2nd year 14U may get knocked around a bit at 16U, but they'll catch up.
Click to expand...

they will be 25% or so first year 16Us, that is why they are moving. and they really did well in spring, +75% winning, and they played some pretty tough competitiion for around here, even won a local 16u tournament last fall (run by our org, they needed a team to help fill in 16u bracket)
B

DD went to three tryouts for the org (everyone, including returning players had to attend at least 2 tryouts). After third tryout, DD has a long discussion with HC. HE explains, she will move from first to second at depth chart at C, but will still see close to 50% of inning, but probably not a lot available in OF as secondary, too crowded as it is (3 Ps that is their secondary). but he wants to keep her. DD thinks and agrees, as long as she can get practice time in OF. he talks about the couple of things he wants to see her improve on, good discussion (DW and I are in sight but out of earshot). DD flat out asks/tells him, we have no other tryouts planned schedule, have not gone to any, I want to play for you; Do I need to attend other tryouts? HC says she has her spot. HC goes on vacation a few days later.

GReat, we thought everything was settled, DD informed him she was staying with him, was concentrating on her summer swim season, HC went on vacation after tryouts. FF about two weeks, DW gets a call. HC has picked up a third catcher (this is after most tryouts in our area are over). He will still keep her is she wants, or their is a spot on the team staying at 14u (DD is still eligible for 14u next year). We know that HC, get along, good guy, but team is fair to middlin compared to the team the first HC is taking to 16u, and of course DD likes to win. talk to other HC, says flat out he would love her, will be #1 C, and get to play OF.

As an excuse, first HC explains that he had heard that the #1 C on one of DDs old teams was leaving (DD takes private instruction from that HC, we still have a private relationship with them), and was afraid/assumed DD was jumping ship, so he picked up another catcher (even after she said she was coming). this was complete news to us.

How hard is it to call or text someone? we have never been anything but upfront (ie regarding conflicts, a couple of times when DD missed "optional" indoor BP because it is simply too far of a drive for a 45 minute sessions, etc..

good thing it was not a face to face, otherwise I would probably be locked up.

absolutely hate this, to me bait and switch. he will never have a player with her heart (at nationals, dislocated shoulder, played the teams remaining full schedule after popping it back in and KT taping each game). No loyalty or integrity in the world anymore it seems. I also think there are other reasons (ie other parents concerns) that may have fed into this. 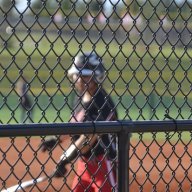 Worry about the things you can control. Worrying about anything else is pointless and just adds stress to you and your family in a situation you have no control over, You can control going to other organizations' tryouts. You can control what team your DD plays for whether it's with the current one or another. You can control what you might say in an email to the President of the organization should you decide to leave and the reason/reasons why. You can control the recruiting process if your DD wants to move on to play at the next level. What you can't control are other parents, families, the HC's decision, who he listens to, their opinions, etc. I realize this is a vent but you might want to think about exploring other opportunities outside of your current organization. Who knows? You might find a better fit somewhere else that would give her the opportunities you and your DD are seeking. It certainly can't hurt to look at this stage.
B

trouble is tryouts around here are pretty much over, and DD is recovering from a shoulder injury (that she played through at Nationals with considerable pain, but hey, who cares how much heart she has and what she sacrifices for her team, dont let the door hit your a$$ on the way out)

DD has pretty much decided to go with the team staying at 14u. does not want to change orgs again, and get a whole new set of teammates (she has played with several of the girls on this team before in different orgs).

just crappy for adults to treat young people this way. if you wanted to replace her, just tell us.
U

I feel you were bait and switched as well. That stinks.
F

DD's 18U team recently played her very first team from 12U. Out of 15 girls on that team, only one remained through all 6 years, quite an accomplishment.
You must log in or register to reply here.