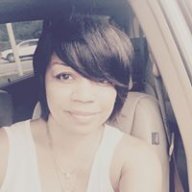 Shiloh said:
Reposting this in its own thread as a cautionary tale about how early success can be a setup for later heartbreak.

But also it shows what’s possible, even with limited natural athleticism, via resilience and tons of hard work, if DD truly wants it.

And because DFP is the bomb.

This is our story. I hope it helps:

And then, as she approached and went through middle school...everyone caught up. By second year 14U she was pitcher #3 and having to rely on her bat for playing time. In search of answers, we switched pitching coaches and learned IR from one of the best. That took a year.

Once IR was mastered by early 16U, and movement started to come back, she still couldn't throw much over 55mph. Pitching coach was scratching his head, said he couldn't teach speed, only mechanics and spin. So overall, HE to IR, but only about 3-4mph of gain in 5 years!

I posted video on DFP asking for help at the time. The clear problem was leg drive...lack of it. She spent months working with each of two different trainers, didn't really help. Incremental improvement and she was working 24/7. Dedicated her life to it and nothing. 55-56mph during first year 18s

I read the DFP thread on quad dominance ("hyperarch mechanism"). Googled quad vs glute dominance and learned as much as I could. Lightbulb went on; it all started to make sense. She was quad dominant and no amount of work on her own (sprints, long toss, weighs, etc etc) would fix it.

Serendipity intervened and we got hooked up with a very good baseball trainer. One look and he said "she's badly imbalanced. I can fix it." Said it would take 3 months to adjust, 6 mos to see a change and a year to realize the full benefit.

It's been almost exactly a year with this trainer and she's still in the gym 5 days a week, with sprints, agility, and other drills on her own in addition to team practice, but is now capable of 63-64mph. Although not yet consistent at that speed, she cruises at 60-62 and it's becoming apparent she will be able to sustain mid-60s by next summer. Says she can feel it coming on, and by the gun we can see episodes of 64 that are more and more frequent. In-game results have improved dramatically (now #1 pitcher on a nationally competitive 18U team). She'll play mid-level D3 ball in college because of the school but has turned down a mid-major D1 and a top D3 offer.

Nothing is ever straight up and to the right. But with enough work, insane luck and DFP we got to the breakthrough.

So thank you DFP!

PS - she posted the best BA on her team after an 11 game tourney last week. Leg drive is good for hitting too
Click to expand...

Thank you for sharing your story! My DD is first year 14 and your post was spot on to what we are experiencing. Very helpful information. I need to research quad vs glute dominance..
U

Yup, saw that (after I posted). Thank you.

My DD dominated in 10U. Thanks to the wise and helpful minds here who went before me, she and I were able to accurately set her expectations as she moved to 12U.

In our neck of the woods, we have high school feeder that comes between 10U and 12U. And it's 6th, 7th and 8th graders and they all pitch from 43 feet. So DD went from 35 feet to 43 feet, and the strikeout numbers have sunk. But she's still doing well and having fun. As feeder ends in a month and 12U starts, she settles in at 40 feet.
T

If she misses a day in the gym there are makeup sessions available on the weekends.

Everything is relatively close by and she can drive herself.
Click to expand...

That's a full schedule without homework in the mix. Can't imagine what it looks like with homework added in. Impressive young lady.
S

That's a full schedule without homework in the mix. Can't imagine what it looks like with homework added in. Impressive young lady.
Click to expand...

She has at least one free period per day, and some days they start even later than 9 so homework gets done.

It’s all her. No way a parent could will their kid to do this. Not even close!
A

If she misses a day in the gym there are makeup sessions available on the weekends.

Everything is relatively close by and she can drive herself.
Click to expand...

Wow! I wish this was my daughter's schedule. She's up at school for her starts at 7:15, she's done at 2:45. Has high school soccer practice until 6. Typically hits after soccer a few days a week. Dinner homework and bed. On soccer game days it's softball or basketball after school, then her soccer game. Home at 9, shower bed....actually when I write it all out I guess mine is trading that work out time for the 2 other sports she plays.